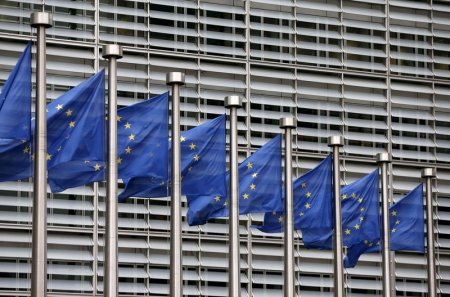 GENEVA (Reuters) – China could demand trade sanctions against the European Union after winning an appeal on Monday in a dispute at the World Trade Organization over EU tariffs imposed on Chinese imports of screws, nuts and bolts made of iron or steel.

China has never before asked the WTO to impose trade sanctions since it joined the organization in 2001, but the end of the seven-year battle leaves the way open to a claim for compensation.

“The measures have negative effect on exports from China around $1 billion and more than 100,000 jobs from thousands of fastener producers in China,” China’s Ministry of Commerce said in a statement.

“It has resulted in huge economic losses to the Chinese industry, which has expressed strong dissatisfaction and firm opposition to the measures.”

The EU must now comply with the ruling and remove its illegal tariffs or China would take “further steps”, the statement said.

The value of China’s exports of the products to the EU peaked at over $1 billion in 2008, but averaged about $200 million after the EU imposed punitive tariffs on the Chinese exports in 2009, according to a Reuters analysis of data from the International Trade Centre, a UN-WTO joint venture.

Under WTO rules, countries are allowed to punish “dumping” – or exports priced at an unfairly cheap level – to stop one country deliberately undermining its foreign rivals by artificially undercutting their prices.

But the use of anti-dumping tariffs is subject to strict rules and, in this case, China complained that the EU had not applied the rules correctly. WTO arbitrators agreed.

The EU appealed and lost, and said it had reduced the tariffs. But China complained that the EU had not done enough to comply with the ruling, and again it won.

The EU’s final appeal appears to have backfired, with the WTO judges reversing points that previously went in the EU’s favor and toughening the ruling against it.

A key part of the EU argument was the use of an Indian proxy for Chinese prices, since China is not considered to be a “market economy” under WTO rules and therefore its prices do not need to be taken at face value.

But China says that it will have the right to “market economy status” from December 2016, 15 years after it joined the WTO, which will force the EU to take Chinese export prices at face value, or risk more WTO disputes from China. [nL8N14X2UB]

Though Beijing says the designation should be automatic, a debate is brewing in the EU over whether to grant it.

Fu Donghui, managing partner at Allbright Law Offices, told reporters at a briefing by Chinese business chambers in Beijing that the ruling announced Monday would be a boon for China’s position.

“Actually, this is a decision that overturns the EU’s substitute country system. I think it will be a major boost for Chinese market economy status at the end of the year,” Fu said.