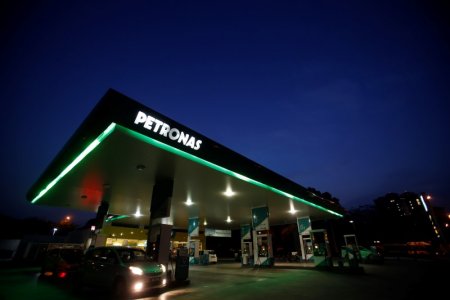 KUALA LUMPUR (Reuters) – Malaysia’s Petroliam Nasional Bhd (Petronas) [PETR.UL] is planning to slash as much as 50 billion ringgit ($11.41 billion) in capital and operating expenses over the next four years, the Wall Street Journal reported on Tuesday.

The state-owned oil and gas firm, which brings in nearly half of Malaysia’s oil revenue, will defer some of its projects, the Journal report said, citing an internal memo by chief executive Wan Zulkiflee Wan Ariffin.

The firm has been hit by a slump in oil prices, which fell to their lowest since 2003 on Monday. Prices have fallen over 70 percent in the past 18 months as exporters around the world pump out over a million barrels of crude every day in excess of demand. [O/R]

In February last year, Petronas said it planned to cut capital expenditure by 10 percent and operating expenses by up to 30 percent in 2015. It also said at the time that it would cut 2016 capital spending by 15 percent.

(Reporting by A. Ananthalakshmi; Editing by Christian Schmollinger)