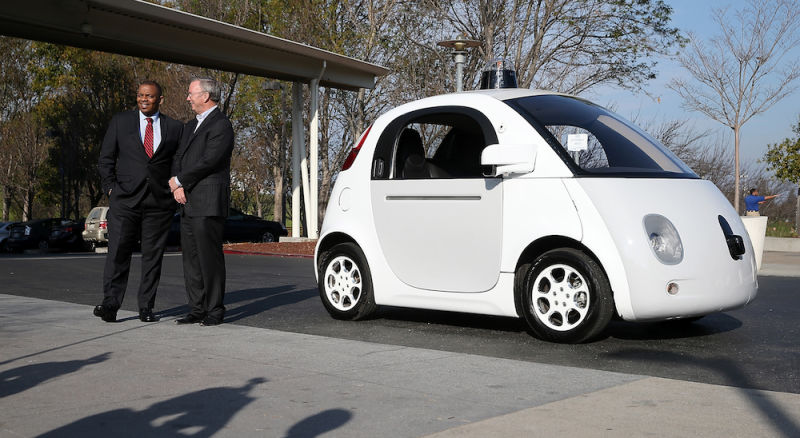 In his final State of the Union, President Obama hinted about building a “21st century transportation system.” Now we know he was actually sitting on a plan to dramatically change the way Americans get around.

Turns out all those rumors were kinda sorta true, and they were leading up to today’s big announcement. Representatives from Google, Ford, and Delphi joined Secretary Foxx onstage at the auto show in Detroit to reveal that $4 billion is being earmarked in the 2017 budget for automated vehicle research and development. And the Obama administration is going to accelerate the timeline, from a policy perspective, to help get those cars on roads.

The new plan is going roll out very fast—guidelines will be ready in six months. Here’s what to expect.

Autonomous pilot programs will launch all over the country

$4 billion is a lot. It’s not as big as the $305 billion bill to overhaul the country’s transportation infrastructure. But it’s about what Obama’s earmarked for clean energy tech investments. And like the Clean Power Plan, the money is being allocated to pilot programs all over the US. It won’t just be clustered in a handful of states, and more Americans will start to see autonomous car technology in action. More miles driven means better software which means smarter vehicles. Plus these pilot programs can start to test autonomous cars in new situations: winter weather, denser cities, and even for public transit (think self-driving buses).

The feds will tweak vehicle standards to allow for innovation

Manufacturers can now submit what are called “rule interpretation requests.” The BMW self-parking system cited in today’s announcement is the perfect example—the company designed a car that could park itself but didn’t quite fit within the country’s current vehicle safety standards, so BMW asked for an exemption.

These requests are important, because they offer direct lines of communication between groups like the National Highway Traffic Safety Administration (NHTSA) and car designers, to ensure that laws are adjusted as technology changes.

NHTSA is making another key exemption by allowing up to 2,500 fully autonomous vehicles on the road for up to two years “if the agency determines that an exemption would ease development of new safety features.” As safety experts at Volvo told Gizmodo in November, this was one factor holding them back from testing their autonomous concept vehicles in the US.

At a CES panel last week, Secretary Foxx said the DOT wasn’t working on a national policy—which is still technically true. The department is providing guidelines and sharing best practices, but actual policy on autonomous cars will be up to each state.

This sounds like a bad idea because it means inevitable state-by-state variance. But there really isn’t any federal policy in place when it come to driving. Cars are heavily regulated by the US, but driving (in the form of speed limits, licenses, vehicle registration) is managed by states. States might make mistakes along the way—the draft regulations from California’s DMV released last month were not well-received—but by partnering with organizations at the state level, the DOT can see what’s working and develop a model state policy that dictates a consistent national policy.

The biggest challenge is selling this idea to the American public

How do you promote the benefits of autonomy when it remains a nightmare-inducing idea for plenty of people? According to Jeffrey Miller, associate professor of engineering practice at the University of Southern California and senior member of IEEE, an association focused on technology that benefits humans, the slow and steady march towards automotive autonomy should help. “These incremental updates are making people realize that the tech is coming,” he said of features like adaptive cruise control and lane detection. But he also credits the publicity that Google’s self-driving program gets. “We’re seeing the technology being tested, watching these manufacturers and tech companies partnering up—we just need more of that.”

Miller also thinks touting safety benefits can help. In today’s statement the NHTSA estimated that 94 percent of all crashes might be avoided if humans weren’t behind the wheel. Miller said that figure seemed high, but “even if it was only 1 percent, why wouldn’t we make that decision?”

Secretary Foxx has a lot to do before he leaves office

Foxx seems to get the benefits of autonomy in a way that many bureaucrats do not. He’s already been pushing for v2v technology in all new cars and launched an initiative to bring tech-focused transit solutions to middle-sized US cities. Here’s what he wrote today in response to the announcement:

Here at the auto show I’m seeing great innovations in automotive engineering, but if we don’t do something different, drivers in the future will not be zipping down our highways, but struggling in traffic congestion and clogging our skies with the greenhouse gas emissions congestion exacerbates.

Meeting the challenge of a transformation to a cleaner and more modern transportation sector requires infrastructure that reduces congestion not by just paving new lanes, but by making better use of the lanes and capacity we have. Autonomous vehicles offer us a realistic way of doing that.

A tech-savvy advocate heading the DOT means our autonomous future is in good hands for now. Let’s hope Foxx can accomplish all of this before he leaves office (likely when Obama does), and that the next transportation secretary is just as bullish on self-driving cars.