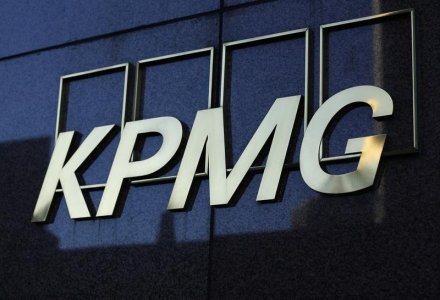 Thomson ReutersA KPMG logo is seen on their down town office tower in Los Angeles, California

WASHINGTON (Reuters) – The U.S. regulator that polices the complex derivatives markets is struggling to keep its own books in order and has made a material error that its auditor found so significant that it withdrew nearly a decade of its financial opinions, according to documents seen by Reuters.

The Commodity Futures Trading Commission understated liabilities by $194 million in fiscal 2014 and $212 million the following year, the agency’s auditor KPMG [KPMG.UL] estimated in the documents. The understatements are the equivalent to more than 75 percent of the CFTC’s $250 million annual budget.

CFTC’s management responded to KPMG’s report by saying that it is investigating whether accounting rules were broken. It added that it did not concur with KPMG’s findings and is still awaiting results of an official government audit, according to a series of documents exchanged between the CFTC and KPMG which were reviewed by Reuters.

It was not clear when the auditor became aware of the matter but in its response the CFTC said it had notified KPMG of potential issues involving its accounting in October. KPMG declined to comment.

At issue is how the agency has accounted for costs associated with leasing office space, the documents show.

Unlike some federal agencies, it does not own its own buildings and rents space in Washington, D.C., Chicago, New York and Kansas City, Missouri. The leases generally cover a period of several years. However, in its annual financial statements, the regulator was only accounting for a year’s worth of rent – and not the full cost of the lease over time.

A CFTC spokesman said the agency sees this as a technical accounting issue that does not affect current lease payments or its obligation to creditors.

The firm also said it is possible the CFTC is in violation of the federal Anti-Deficiency Act, which prohibits government agencies from obligating or expending federal funds in excess of the amount available.

KPMG’s findings could add to the scrutiny of the CFTC, which already faces criticism from Republicans over its spending.

It won broad new powers from Congress in 2010 to police the lion’s share of the derivatives market in the aftermath of the financial crisis, but some lawmakers have said it creates unnecessary regulatory burdens and have refused to grant the full budgets requested by President Barack Obama.

In a letter to congressional staff sent on Friday, also reviewed by Reuters, the CFTC’s deputy inspector general said her office is removing copies of the firm’s audit opinions from fiscal years 2005-2008 and fiscal years 2010-2014 from its website at KPMG’s request.

These audit reports, she said, have been deemed “unreliable.”

The CFTC spokesman said Congress sought to address the historical accounting treatment for the CFTC’s leases by adding language to a December omnibus spending bill to prevent the CFTC from ever being required to obligate the entire cost of a lease upfront.

This is not the first time leasing issues have come up at the CFTC. In 2014, the inspector general criticized it for wasting taxpayer money on underutilized office space in Kansas City.

A number of other federal regulators, including the Securities and Exchange Commission, have also in the past come under scrutiny over office leasing practices.