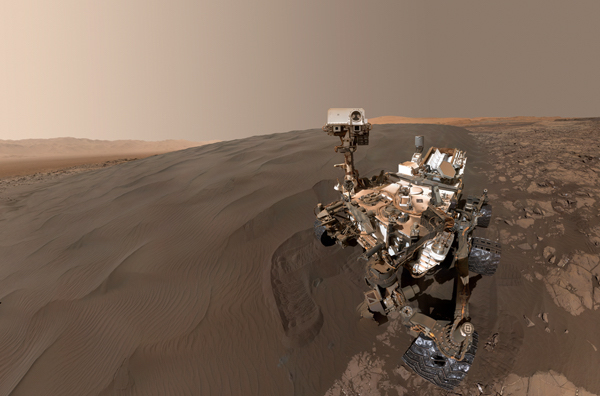 Last week, NASA released a video on Facebook that gave humans of Earth the opportunity to view Mars right from the planet’s surface. It was a fun way to experience a planet that, let’s face it, you’ll never step foot on, but it was a perfect demonstration of what virtual reality can do.

NASA released the same video this week on YouTube, but this time it’s in 4K. Prepare to melt your eyeballs.

Like the last video, the 360-degree experience gives users the chance to see where NASA’s Curiosity rover is currently collecting samples at Namib Dune, which is pretty close to Mount Sharp. The site is part of the Bagnold Dunes, and is important because it’s the first active sand dune (that we know about) that’s not on Earth.

“Images taken from orbit indicate that dunes in the Bagnold field move as much as about 3 feet (1 meter) per Earth year,” NASA said.

Since landing on Mars back in August 2012, Curiosity has found plenty of evidence supporting the theory that the Red Planet once had a very different environment. In fact, scientists are confident the planet was once covered in water, which is in stark contrast to the conditions that exist today.

If you have a Cardboard viewer, check out the video above to see what it would be like to stand on the Martian surface.