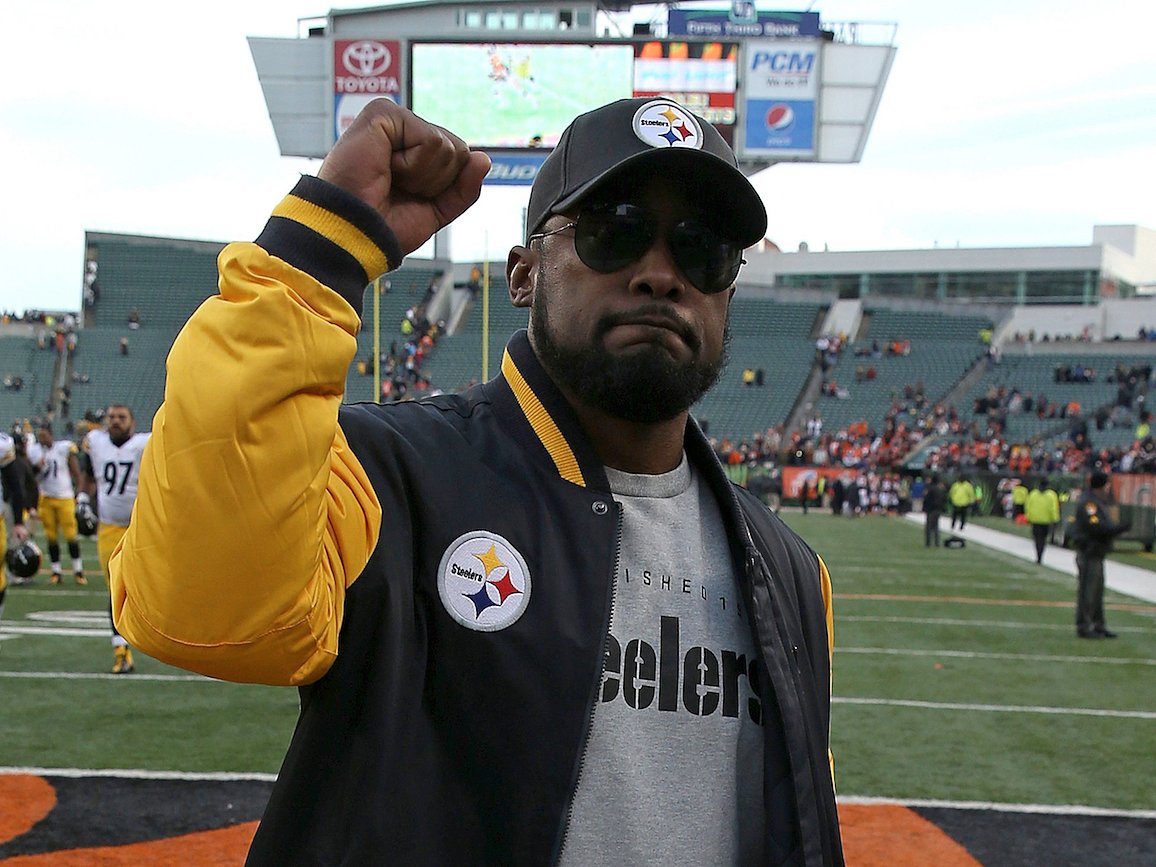 Andy Lyons/Getty ImagesPittsburgh Super Bowl-winning Steelers head coach Mike Tomlin has often been used as an example of the Rooney Rule’s effectiveness in the NFL.

When Facebook released its first annual diversity report in 2014, it surprised no one that like other tech giants, it was overwhelmingly white and male.

But when it released its second report a year later, which showed nearly identical demographics, critics panned the numbers as “pathetic” and “dismal.”

There was an announcement in that report, however, that could potentially result in a material difference. In a pilot program that included an undisclosed number of teams across Facebook’s American offices, managers would begin considering at least one candidate of an underrepresented demographic for every job opening.

“Underrepresented” is intentionally left open to interpretation, but at Facebook it basically means anyone who’s not a white or Asian man.

FacebookFacebook’s 2015 diversity numbers for its American employees were not materially improved over the previous year’s numbers.

Maxine Williams, Facebook’s global head of diversity, told Business Insider that the pilot program is going well and is continually being adopted by new teams. “It’s been very well received, and there are strong lead indicators of its effectiveness,” she said.

It’s a version of the National Football League’s “Rooney Rule,” which calls for at least one minority candidate to be considered for every head coaching or senior operations position. Since the league implemented it in 2003, the percentage of minority head coaches has gone from about 8% to 20%.

The practice is named after Pittsburgh Steelers owner Art Rooney II, who spearheaded the movement. In 2007, Rooney hired African-American coach Mike Tomlin, who became the youngest coach to win a Super Bowl in 2009 when he was just 36.

Williams said the new Facebook rule slows the hiring process down a bit, which can be difficult, but is necessary for changing long-standing habits.

“Essentially, what something we call a diversity-based approach does is build a muscle in people,” she said. “It builds the habit of looking longer, looking harder.”

It’s not intended to lower standards. Rather, it aims to find new sources of talent that have previously been overlooked. The ultimate goal is a more creative workplace, which better represents Facebook’s one billion users around the world.

“In a country like ours, where speed is prioritized, it would be easier to move faster,” Williams said. “But by looking for people who may be harder to find, we are creating a different way of operating, which can make a difference.”

She said she’s already seen a tangible difference in the company’s Menlo Park headquarters. “This affects even the teams not in the pilot program, because they now see this habit forming all around them and are starting to think differently. We are changing the way people operate.”

SEE ALSO:Here’s everything Facebook is doing this year to address its ‘pathetic’ diversity numbers

NOW WATCH: How Barbara Corcoran uses ‘manterruptions’ to beat the other sharks