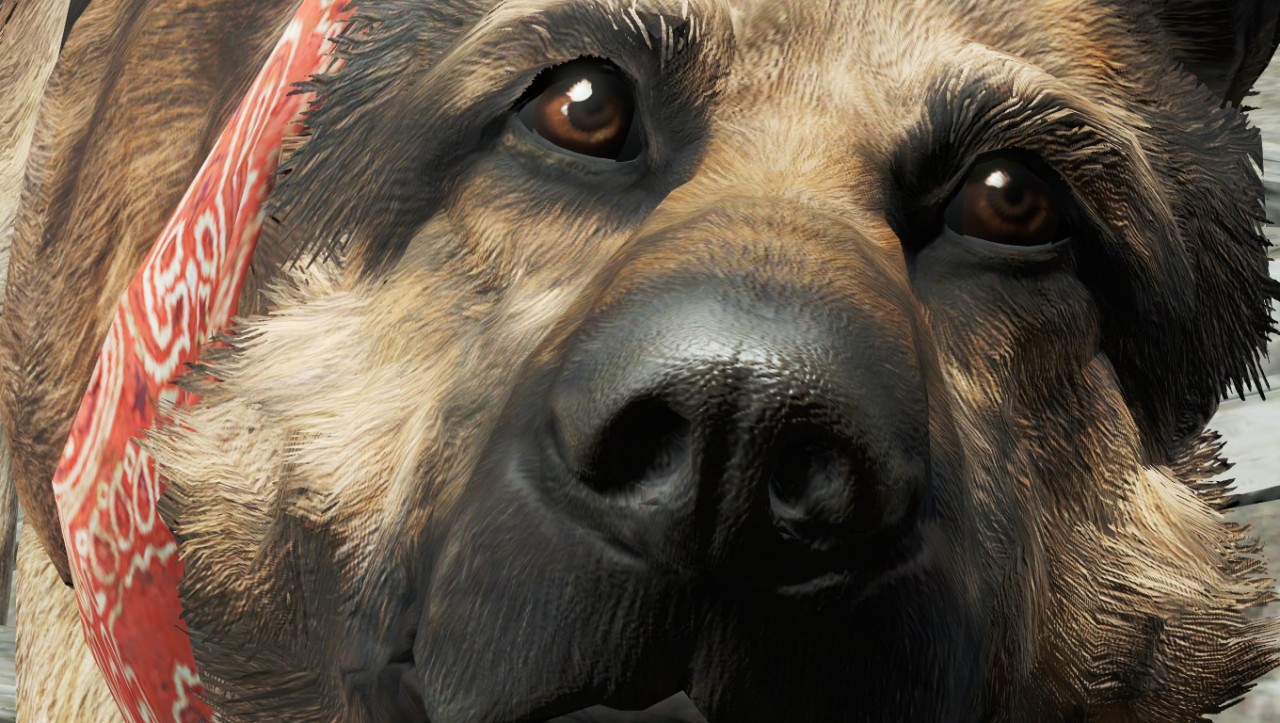 Between Fallout 4’s Dogmeat and Metal Gear Solid V’s DD, I’ve had a hard time choosing my favorite canine sidekick from a video game in 2015. DD might be the front-runner thanks to his enemy sniffing abilities and stylish eye-patch, but he’s also facing serious competition from Dogmeat now that Fallout 4’s pooch has been elevated to the role of “playable character.”

A new mod from Abbalovesyou allows players to take the role of Dogmeat and star in his own post-apocalyptic puppy adventure. While he can’t equip guns, the dog does come with four different bite attacks that allow him to easily take out human enemies. Metal robots and other monsters, though, you might want to look out.

Aside from that setback, Dogmeat can undergo the game pretty much the same way a human can, conversing with humans, leveling-up through the Pip Boy adorably attached to his leg, and even ordering around his own Dogmeat sidekick. Yes, Dogmeat is able to recruit his own clone, and the two can join in canine companionship as they frolic through the remnants of blown-up Boston.

Someone get Hideo Kojima on the phone and tell him he needs to make a mod so I can play The Phantom Pain as DD!

Fallout 4 is available now for the PlayStation 4, Xbox One, and PC. Obviously, you’ll be needing the PC version to use this mod, but maybe not for long. Is that modding option available for the Xbox One yet?