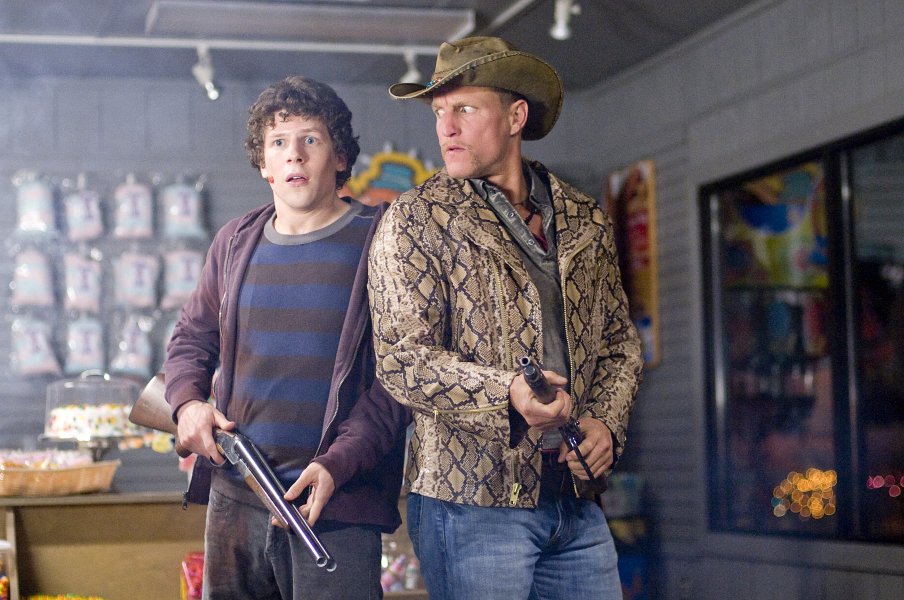 There was a lot of great entertainment news this past week, but the thing I loved most was that fan-made trailer for the Back to the Future prequel. If ever something like that happened (it won’t), I’d see it in a heartbeat. There’s just something about Doc Brown and espionage that just makes sense.

That wasn’t the only newsworthy item this week, however. We got a ton of new footage for Daredevil season 2, along with a juicy rumor regarding Wolverine 3 and the possibility of an Old Man Logan storyline. Oh, and Deadpool continues to kick butt at the box office, so if you haven’t seen that yet, go see and what all the fuss is about.

Rhett Reese, a writer in Hollywood known for his work on Zombieland and Deadpool, says Zombieland 2 is still a possibility.

It’s actually still in development at Sony. They’ve had a couple writers take a crack at it, we’re still exec producers and we’re guiding and helping where we can, and I think there’s still very much to talk about it, but I think it has to be right. [IndieWire]

We’ve already heard Marvel’s Kevin Feige talk about how difficult it would be to combine its TV property with the movies, but Krysten Ritter, who played Jessica Jones, is optimistic it’ll happen.

There’s always the chance that could happen. I don’t really know, they don’t tell me anything, so I’m totally stoked about the playground on Netflix. [Comicbook]

Following rumors Marvel and Netflix might have plans for a future Punisher show, Marvel TV exec Jeph Loeb said there are no plans… for now.

I think that’s something that people are speculating on, as opposed to something that’s actually happening. It’s certainly our hope that any of our characters will be embraced and that people want to see more of them. [DigitalSpy]

Chadwick Boseman talked to Empire about Black Panther’s role in Captain America: Civil War, saying the character doesn’t have an allegiance to anyone despite being shown on the side of Tony Stark.

“It’s my political mission to tame [the situation] and get it under control,” Boseman said about Black Panther’s involvement. [Empire]

With just over a month left to go until the movie comes out, two new photos of the heroes have been released. One of Batman in his heavy armor staring up into the night sky, and another of Superman being accosted by the press.

“Twenty years in Gotham, how many good guys are left?” #BatmanvSupermanpic.twitter.com/w07VP9hX23

The world needs to know what happened. #BatmanvSupermanpic.twitter.com/HlSSTdGa5F

Want to see more pictures from the upcoming season? Sure, here you go. [Comingsoon]

10 Cloverfield Lane was a pleasant surprise when it was announced in January, and now we know how J.J. Abrams managed to keep it a secret. The movie was essentially supposed to be something else but was then molded to fit inside the Cloverfield universe. Entertainment Weekly has a big spread about how the movie came to be. [EW]

Following a halt in production, The Hollywood Reporter says HBO’s Westworld has been pushed back to a 2017 release. The show is based on Michael Crichton’s 1973 movie of the same name. [HollywoodReporter]