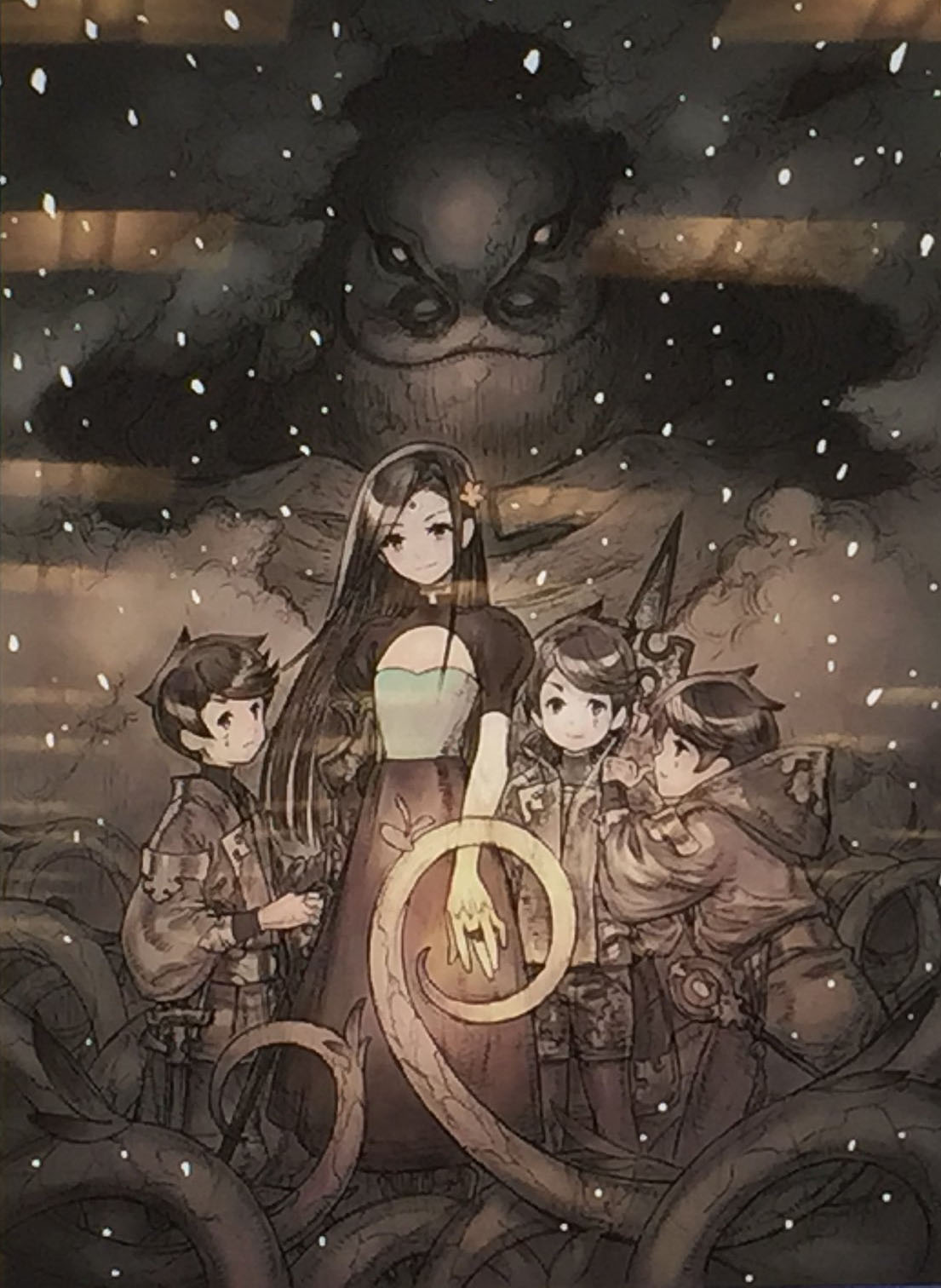 As previously reported, Final Fantasy creator Hironobu Sakaguchi is working on an original game with his studio, Mistwalker. The legendary designer has found much more success in recent years on the mobile gaming scene than he did through three moderately received console RPGs, so when he declared he was making a new game, many assumed it would be another mobile app to complement his hit, Terra Battle.

Luckily, we were all mistaken. Final Fantasy creator Hironobu Sakaguchi is returning to consoles, and he has new concept art to show off his game. He revealed the images during a seminar in a small classroom at UH West Oʻahu Library in Hawaii with Twitter user VoltySquirrel in attendance.

Somebody get me a fan and a cold rag. I’m going to faint. Sakaguchi did not reveal the game’s title, but he hinted that he wanted the game to get a release on a current-gen console.

The video also shows off some animations that Sakaguchi is testing for Terra Battle, and he remains committed to expanding and fleshing out that game as well.

Through the console scene, Mistwalker is best known for Blue Dragon and Lost Odyssey on the Xbox 360 and The Last Story on the Wii. All have been met with middling success, so hopefully Sakaguchi’s next project can provide the huge hit he needs to propel himself back into full-time console development.

He says he will have an official reveal for his new game in about a year or so.