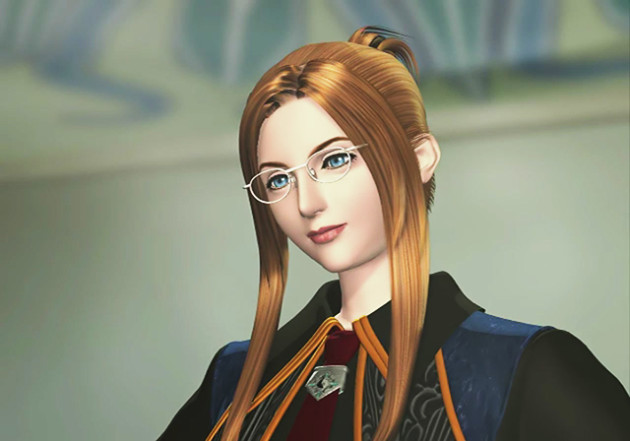 Square Enix is pleasing the crowds with World of Final Fantasy, turning to the leading lady of Final Fantasy VIII for the latest cameo appearance. No, not Rinoa. We’re talking about the “senpai,” the actual leader of the group, Squall and Zell’s trainer Quistis Trepe.

A recent scan from Japanese magazine Weekly Jump confirms that she will be returning to the series for the first time since her grand debut in Final Fantasy VIII. Quistis never rose to the status of “legendary Final Fantasy character,” but I remember using her a lot in the game. If we’re going by classic Final Fantasy job classes, she’s best described as a Blue Mage with the ability to learn her enemy’s moves. I’ve always been a sucker for Blue Mages.

I’m also a sucker for glasses, so maybe that had something to do with it.

The scan reveals that Final Fantasy VIII’s teenage military force (yes, you read that right) SeeD will be returning to World of Final Fantasy. My guess is that Quistis will act as a teacher for our two young heroes.

Quistis joins Yuna and Lightning as the three leading Final Fantasy ladies who will be appearing in this game. Can’t wait for Tifa, Rydia, or Terra to make an appearance.

World of Final Fantasy will launch for the PlayStation 4 and PS Vita in 2016.