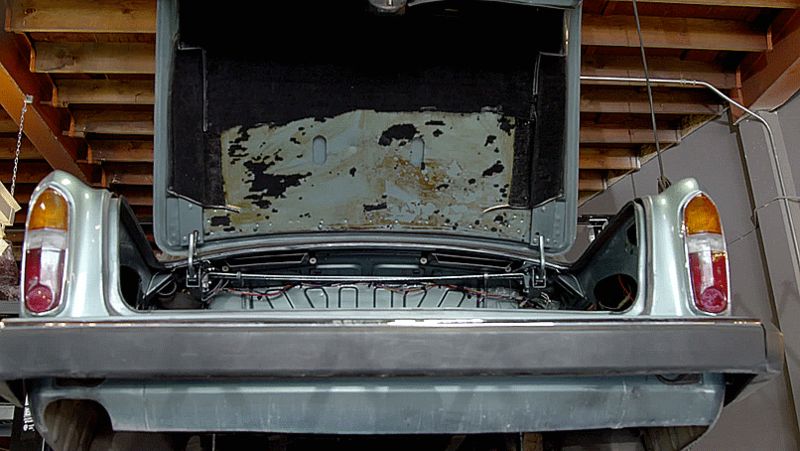 Television sucks at building cars. Take some hokey manufactured drama, throw in a vintage muscle car to pander to aging baby boomers, and you’ve got yourself a car show. Thankfully, Discovery’s Car Saviors is here for the rest of us. It’s Hoonigan’s take on the build show, and they’re finally having some fun with cars on TV.

Car Saviors is all about taking improbable cars and making them do things they were never meant to do. The premiere episode has the same “you did what?” antics we know and love from Hoonigan’s online videos (which include everything from hilarious drift vids to the Gymkhana series), but stretched out to a thirty-minute show.

Leading duo Brian Scotto (Hoonigan’s chief brand officer) and Andrew Comrie-Picard (a rally and stunt driver, who goes by ACP) have the kind of un-forced point versus counterpoint chemistry that harks back to the best of James May vs. Jeremy Clarkson. ACP is more inclined to respect a car’s original form, while Scotto pushes to go more powerful and more ridiculous.

While Car Saviors couldn’t escape starting off with a short-deadline build (thanks, Discovery—groan), their quickie build at least had a semi-believable reason for the short turnaround. Adams Motorsport Park needed the ultimate oddball drift car for their next event to impress the VIPs who help support the series and the venue. And boy, did the ACP and Scottodeliver, making one overpowered Rolls-Royce a drift car that seated four in the utmost of fine British luxury.

Best of all, they brought some fun back to the build show. Not only are most build shows stuck in a rut of predictable builds and formulaic deadline-based plotlines, but they rarely make building a car sound like any fun.

A build can drive you and your buddies insane, but there’s more to it than that. Builds can be rad, with the bulk of automotive technology at your fingertips, begging for you to get creative. Not only did Scotto, ACP and all the friends they could beg to pitch in make a Rolls-Royce drift like a classy boat full of Grey Poupon, but they ribbed each other like two goofball friends throughout the whole thing, and even took a break to hoon carts around the shop.

Finally, someone at Discovery realized that there is more to car life than kludging together a restored classic car on oversized chrome wheels on an impossible deadline. Some actual wrenching even snuck its way into Car Saviors, as they explained why they were making many of the mods they were to get the big Roller to drift, and showed some of the problems of adding mods that were never meant to work with the car.

You can catch the premiere episode of Car Saviors tonight on Discovery, at 10:00 PM Eastern and Pacific.

Here’s Why Car TV Shows Suck If You Love Cars