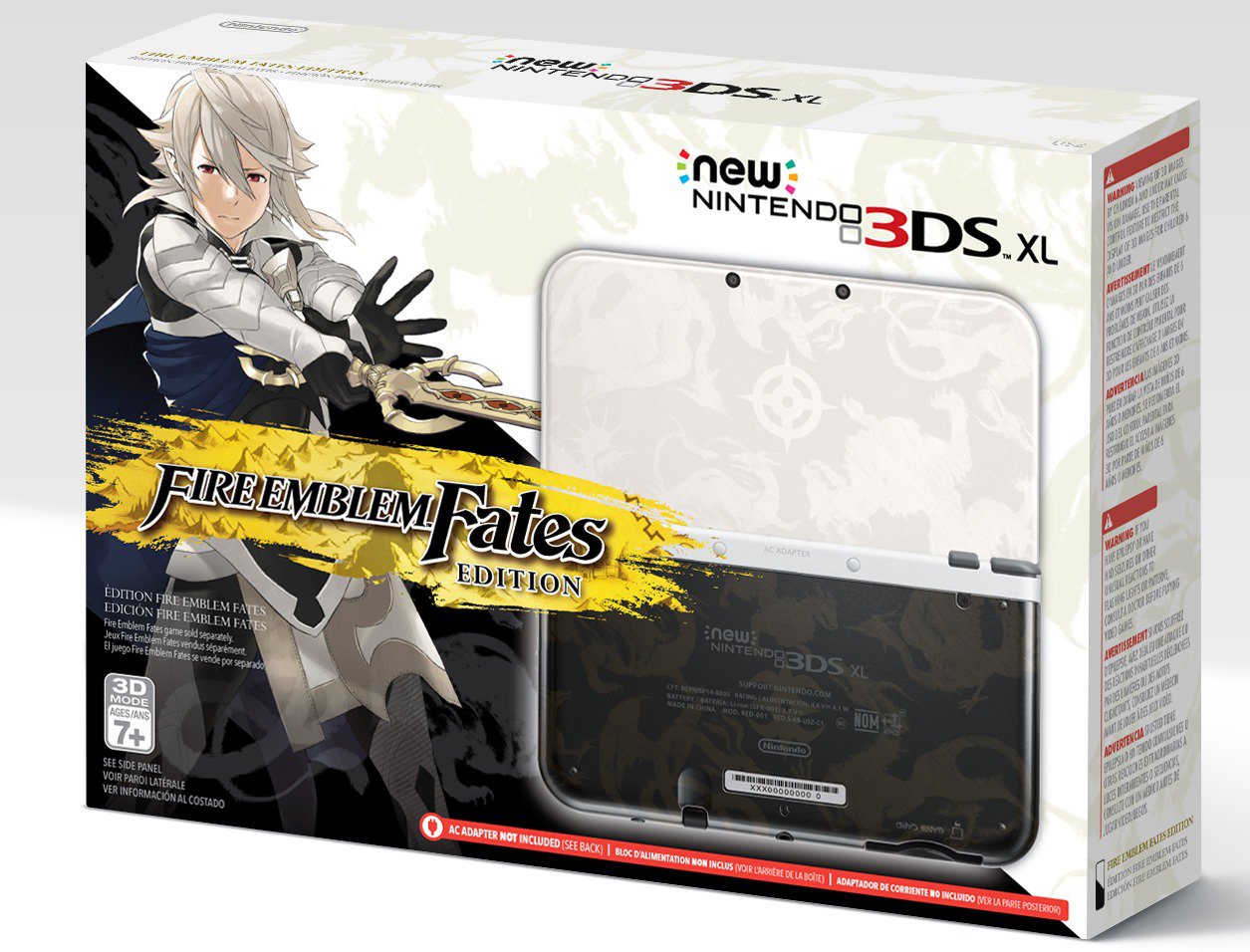 Fire Emblem fans who are looking for a console to show off their pride are only a month away from satisfaction. Nintendo has confirmed that it will be releasing a Fire Emblem Fates Edition New Nintendo 3DS XL on Feb. 19 in North America. It will set buyers back $199.99.

However, unlike many of Nintendo’s special edition consoles, this one will not come with the game installed. Fans who want Fire Emblem Fates will have to order the game separately like they would any other title. No doubt, this is because of Fire Emblem Fates is being released over three separate releases, and Nintendo didn’t want to bother with estimating how many of each version it would need.

This keeps it all nice and clean. Nintendo also revealed some DLC plans as well.

“When [Fire Emblem Fates] launches, further downloadable content in the form of new maps will also be released on a regular basis, with the first map launching on Feb. 19. Players can choose to buy each of these maps individually, or purchase Map Pack 1 for $17.99 to get access to them all at a discount once they are released.”

Fire Emblem Fates: Birthright and Fire Emblem Fates: Conquest will both be released on the same day, Feb. 19 for $39.99 each. The both tell different sides of the same story, but they do so with a different approach to their gameplay. Players will be able to download the version they did not buy for $19.99 after finishing the other’s story.

A third chapter, Fire Emblem Fates: Revelation will be released on Mar. 10 with more story for $19.99. And just so you know, a physical bundle will also be sold with all three games for $79.99.