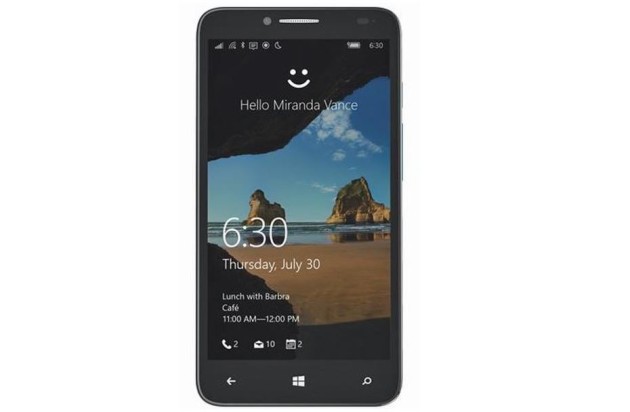 AT&T is the only U.S. carrier to offer a new Windows 10 device, though Microsoft’s Lumia 950 and Lumia 950 XL are available unlocked, too. That may soon change, now that a new rumor suggests a brand new Windows 10 smartphone is ready to hit T-Mobile soon.

Evleaks followed that leak in October with the image you see above, though Windows Central says it will not actually feature biometric support for Windows Hello. Alcatel also has a Fierce XL smartphone running Android, which is available for MetroPCS.

The image doesn’t show one really compelling feature, however: the color of the smartphone. Windows Central says Alcatel OneTouch plans to launch the phone in Cyan. If you’re a Windows Phone fan, you’ll probably love that option. Windows Central said we can expect the phone “in the coming weeks” for “less than $100 off contract” and that we may see its debut during CES.