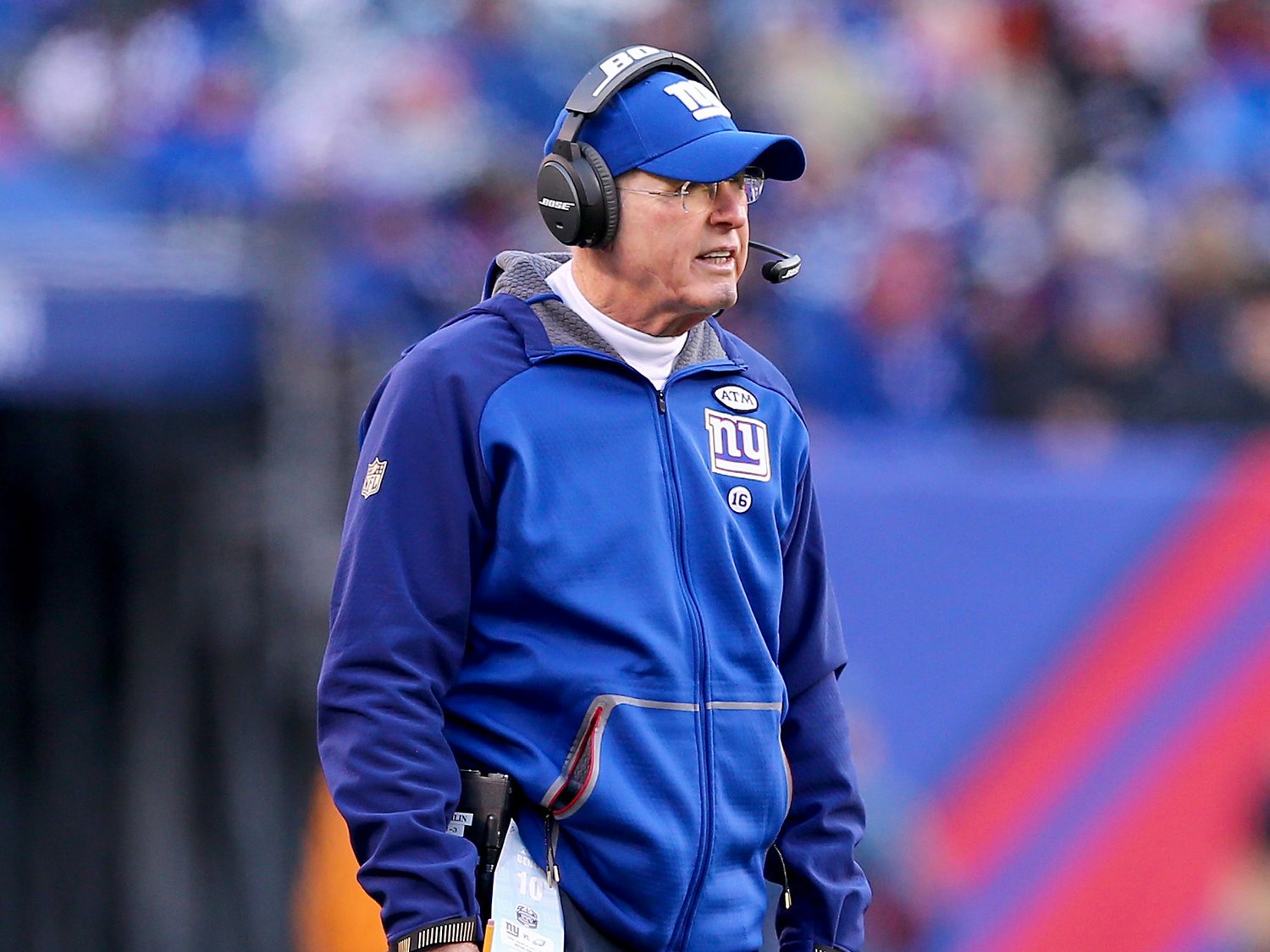 Elsa/GettyTom Coughlin still works out at the Giants facility and talks to new coach Ben McAdoo.

The New York Giants moved on from Tom Coughlin after 12 years as head coach this past January.

After a second straight 6-10 season without a postseason appearance, the Giants and Coughlin mutually agreed to part ways, though it certainly seemed like a firing.

New Giants head coach, Ben McAdoo, who was an offensive coordinator under Coughlin, spoke from the NFL coaches meeting in Florida and said Coughlin is around the team’s facility several times per week.

According to NJ.com’s Jordan Raanan, Coughlin still shows up for an early-morning workout that was part of his routine for 12 years. Raanan reports that his presence has “raised some eyebrows”, but the Giants seem lax about it.

McAdoo doesn’t seem bothered by Coughlin’s presence either, according to Newsday’s Tom Rock. “It’s great. Tom is a phenomenal resource and was a mentor of mine. Anytime that I can use him I’m going to use him.”

According to Raanan, Coughlin has seemingly kept a close relationship with the team. He and Mara spent time at the NFL Combine in February and have gotten breakfast a couple of times. The Giants are reportedly open to considering him for another position on the team.

This friendliness seems to run counter to other reports. Earlier in March, ESPN’s Dan Graziano reported that Coughlin had been expressing open dissatisfaction with being let go on different radio shows.

“Don’t think that there aren’t some hard feelings there. There are. That’s just natural. I just try to control them when the moment is right,” he said on ESPN’s “Michael Kay Show.”

He told Jay Mohr on Fox Sports Radio, “Hey, do I agree with the move? Of course not. It hurts. It hurts. ‘Former’ is not a good word. I don’t like the word, but that’s the way it is.”

In March, New York Daily News’ Gary Myers reported when Coughlin interviewed for the Eagles’ head coaching position, he spent the entire time ripping the Giants’ organization. It reportedly turned the Eagles off.

So, it’s odd then, and perhaps not beneficial for players, that Coughlin is still around the team facility. Perhaps after failing to land a head coaching gig, he’s open to a job elsewhere within the Giants. However, aside from free agent signings and upcoming draft picks, every player currently on the Giants has only played under Coughlin while on the team. Eli Manning teared up at Coughlin’s farewell press conference.

Surely, having the former head coach hanging around the new head coach could create an awkward dichotomy for players who are trying to adjust to a new voice on the team. It will be an interesting situation to monitor as players start showing up for workouts.