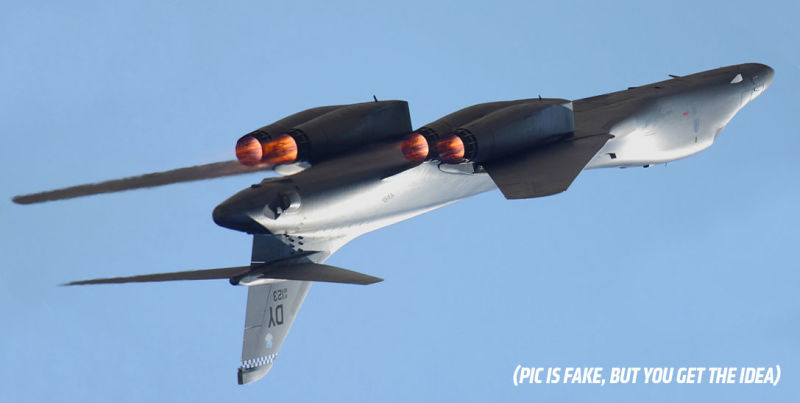 MaDill Air Force Base held an open house last weekend and visitors met the B-1B “Bone” in spectacular fashion. The jet made a high-speed pass over the crowd, hit the afterburners and executed not one, but two consecutive rolls as it climbed away. The experience must have been magical to behold judging by the video below.

The B-1s have been doing some awesome flyovers as of late, including this one at the United States Air Force Academy just a couple of weeks ago.

Flyovers by heavy bombers are an awesome experience to behold, but a flyover by a formation of B-1s … Read more Read more

For the first time in many years, no B-1s are deployed abroad. With the entire fleet of 62 jets back in the US, a major set of upgrades are underway that will give the swing-wing bombers new glass cockpit displays, communications systems and Link 16 data-link connectivity. This homecoming has also likely made a few extra airframes available for cross-country flights that can be planned to coincide with major air shows. This is a very good thing for your eyes and cameras, but probably not your ears!