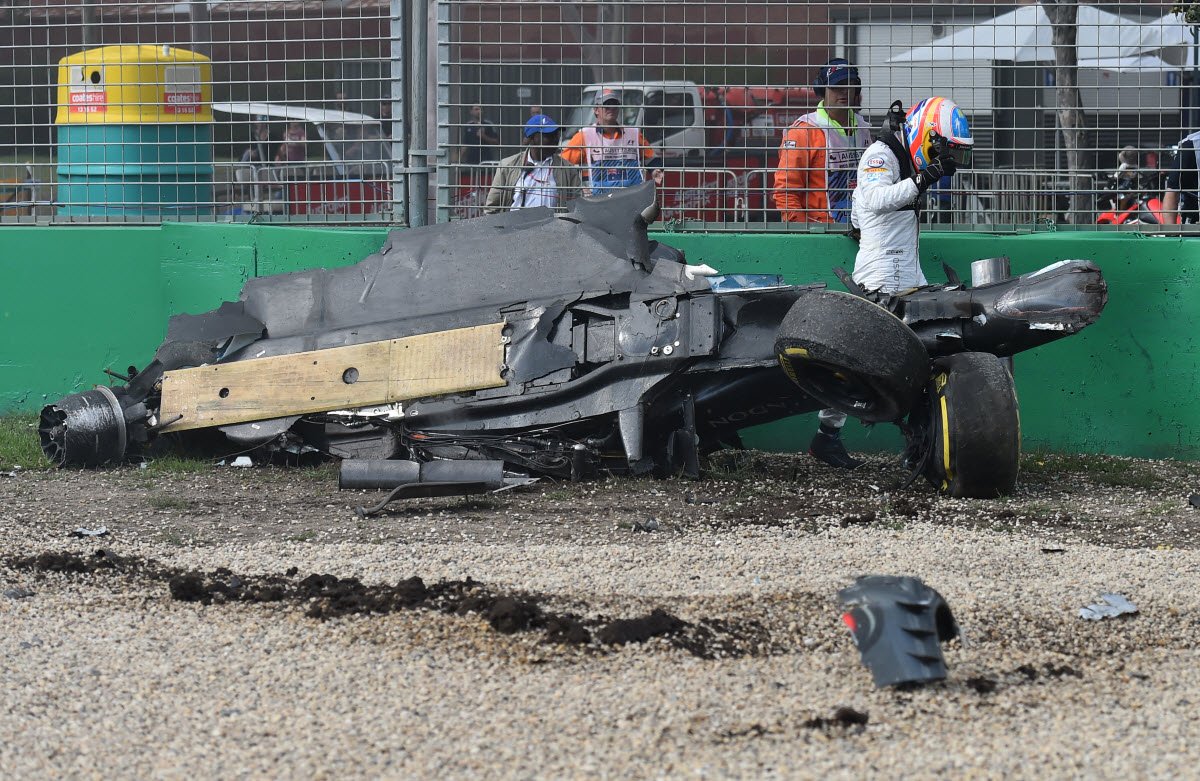 Nico Rosberg won the first Formula 1 race of the season at the Australian Grand Prix, a race that was marred by an ugly crash involving Fernando Alonso, who was able to walk away even though his car was destroyed.

The incident came on Lap 17 when Alonso tried to go wide and pass Esteban Gutierrez in Turn 3. Their wheels clipped, sending both cars into an off-track area. What wasn’t immediately clear was the severity of the wreck. Announcers and cameras, focusing on Gutierrez’ car, didn’t even see Alonso’s car at the top of the screen. It wasn’t until the replay that we got to see the true scope of the accident.

After the tires clipped, Alonso hit a wall and slid into the dirt area. When his car hit the dirt, it flipped, going airborne for a significant distance before tumbling to a stop against a safety wall.

After the race, Alonso said he is “lucky to be here.”

“I’m okay, I’m trying to put everything in place again,” Alonso told Sky Sports (via the UK Independent). “It was a scary crash. Lucky to be here and happy to be here, and thankful to be here — especially to the (governing body) FIA and all the safety, thanks to that probably I’m alive … We lost the power unit and the car because there was a lot of damage, but I’m super happy to be talking.”

Here is the view from Alonso’s car.

In a testament to the safety of these cars, somehow Alonso just got up out of the wreckage and walked away, with what appeared to be just a slight limp. Gutierrez immediately rushed over to check on Alonso.

Photos showed just how bad the wreck was. Alonso’s car was completely destroyed.