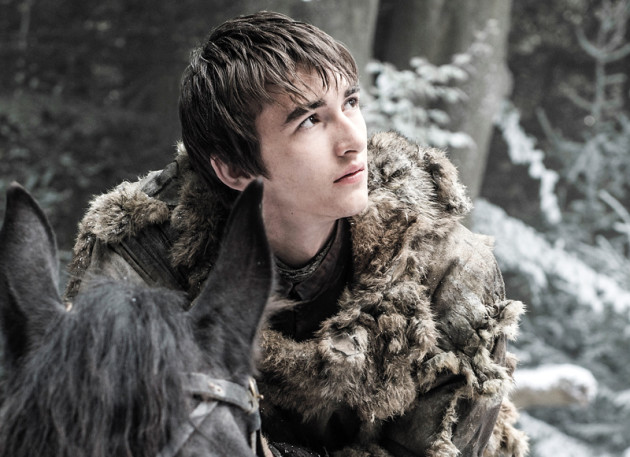 We’ve heard murmurs season 6 of Game of Throneswould hop around in time, and that’s exactly what’s going to happen, according to Bran Stark actor Isaac Hempstead-Wright. In addition to a new picture of the young actor, Hempstead-Wright spoke about his role in the upcoming season, and how the show runners are using flashbacks to delve even deeper into the Game of Thrones ethos.

“Previously Bran’s seen tiny glimpses of future or past but never has he been very much in control in the situation,” said Hempstead-Wright. “Now we’re given looks into very important events in the past, present and future of this world and Bran is beginning to piece them together like a detective, almost as if he’s watching the show.”

When we last saw Bran Stark, he traveled to see the Three-Eyed Raven in the finale of season 4, seeking out answers to his mysterious powers and visions. When he returns next season, we’ll see a much more mature character, according to Hempstead-Wright, one who has further developed his psychic abilities. The show runners compared Bran’s growth—in season 5, in which he was absent—to that of Luke Skywalker’s, who was a novice in Empire Strikes Back, but a full-on Jedi master in Return of the Jedi.

That means Bran’s powers will be incredibly important to the overall story, which Hempstead-Wright further elaborates on.

“He’s now discovering how crucial he could be in the Great War,” Hempstead-Wright said.

The actor couldn’t reveal anymore details about the upcoming season, though he did say that every scene he’s been involved in thus far has been amazing. “That’s the best scene I’ve ever done!… Oh! That scene is even better!” Hempstead-Wright said.

Game of Thrones will return to HBO in April 2016.