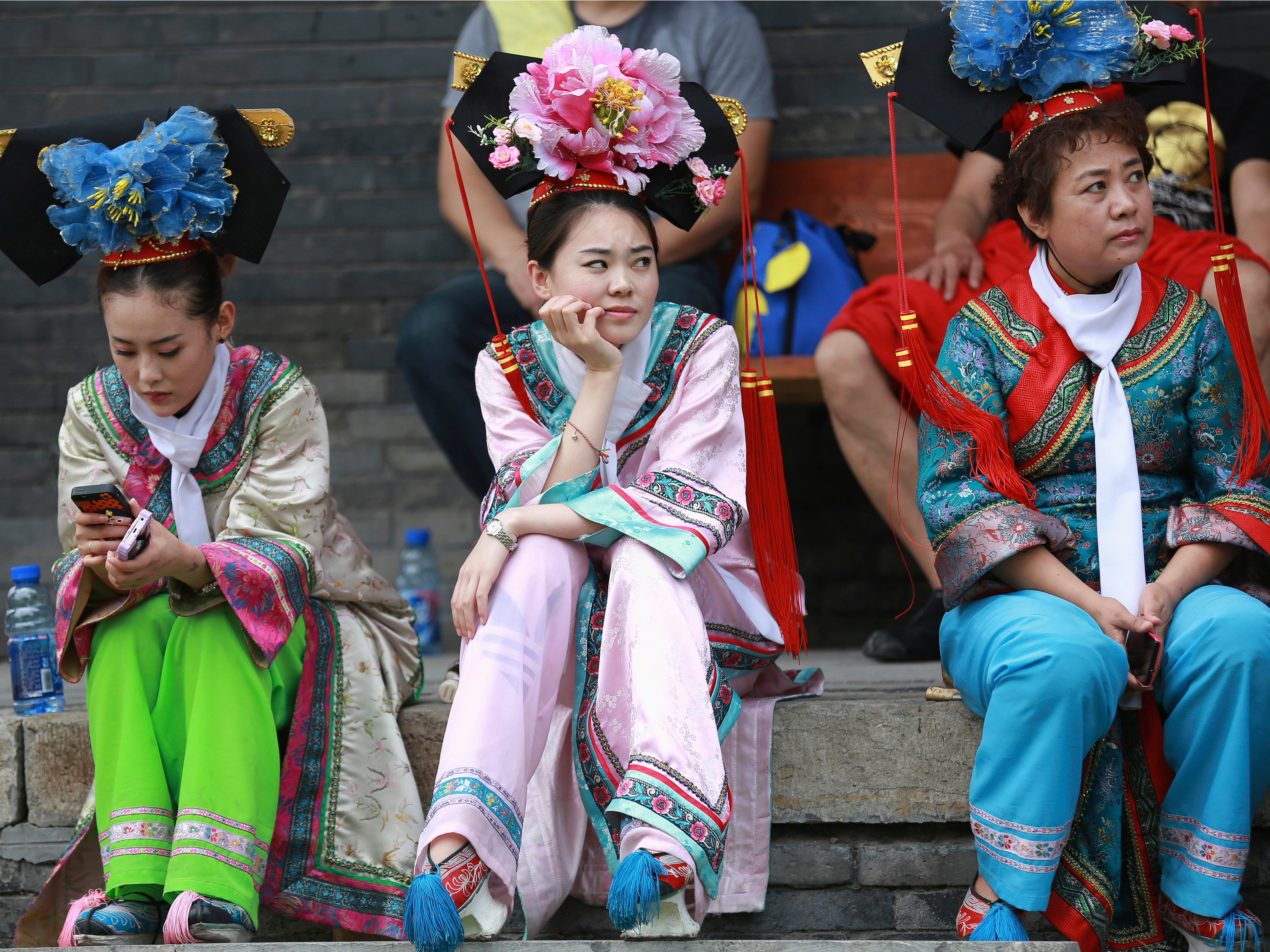 REUTERS/StringerPerformers in Qing Dynasty costumes wait for a performance to celebrate the Dragon Boat Festival, at the Imperial Palace Museum in Shenyang, Liaoning province June 2, 2014.

It has been a brutal start to the year for markets around the world – for several the worst start in their history.

Stocks, currencies and commodities have taken a hammering.

The Shanghai, Eurostoxx and Nikkei indexes were all down between 6% and 10% through the first week of the year, with palladium, oil and lead down in the same range.

Multiple currencies, including the South Korean won, Mexican peso, New Zealand dollar and South African rand, were down 2% to 4%.

A key driver has been the devaluation of the Chinese yuan. Now, you might be wondering why a currency move in China is setting fire to markets across the globe.

It’s because the moves in the yuan – which is tightly controlled by Beijing – are evidence of turmoil in the world’s second largest economy. That in turns impacts local trading partners, demand for commodities, and global growth projections.

“These moves might seem huge considering that the renminbi has only depreciated 1.5% this week,”, JPMorgan strategists led by John Normand said in a note January 8.

“But since even this modest CNY decline represents a 3-sigma event, 2016 seems like the year when global markets must come to terms with a protracted and sometimes disorderly regime change in China.

The key point here, according to Normand and his team, is that global currency markets are now more correlated with the renminbi than they are with the dollar. That means that when the yuan moves, the world moves with it.

Consider it yet more evidence of why China matters.