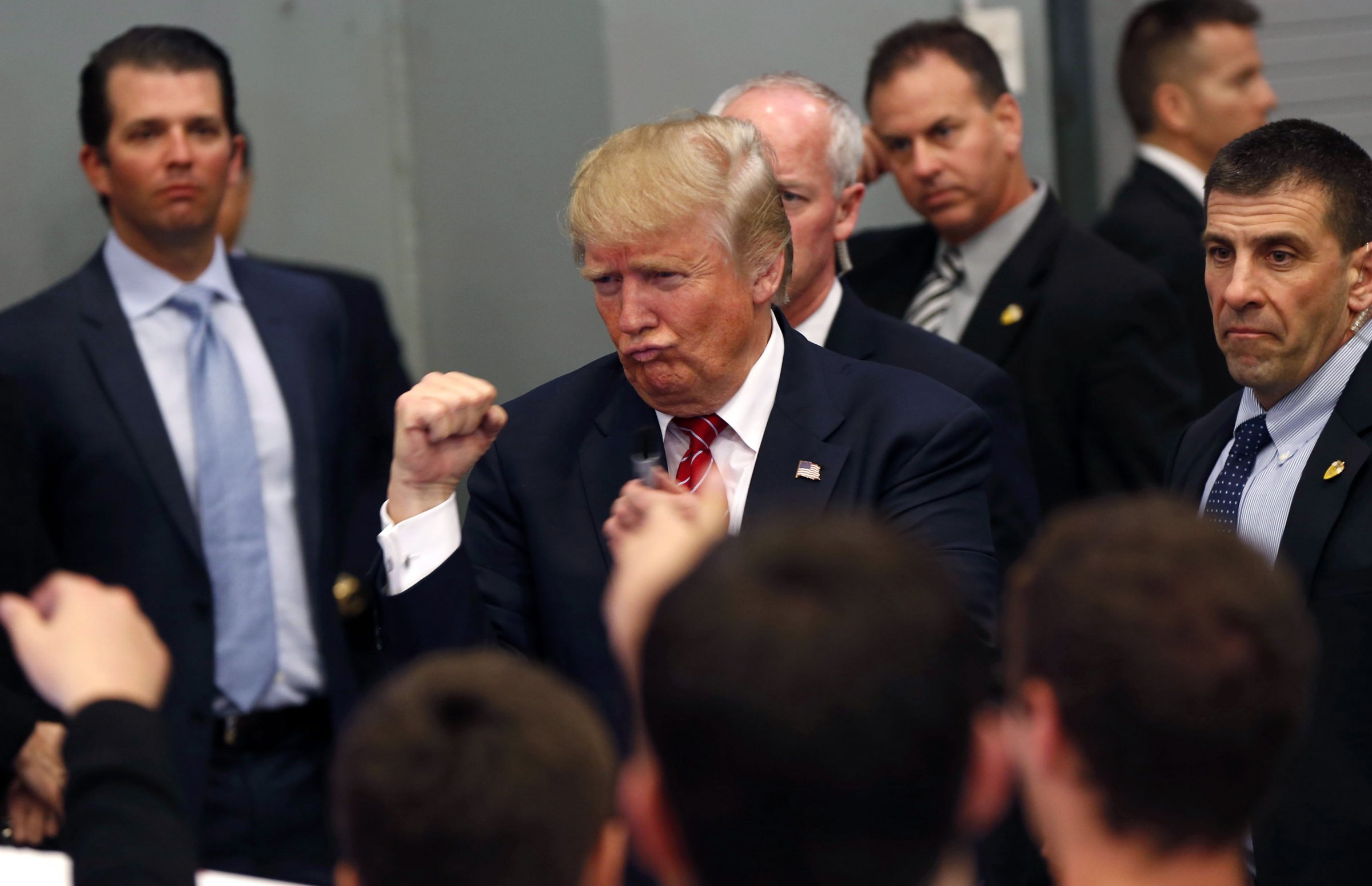 Donald Trump greeting the crowd after speaking at a campaign rally in New Orleans.AP/Gerald Herbert

After a brutal beatdown on Wednesday, investors are wasting no time picking themselves up off the mat.

It’s been quite the recovery for the benchmark. In premarket trading, the index looked headed for a second straight drop following former FBI Director Robert Mueller’s appointment as special counsel to investigate Russian efforts to influence the November election.

All it took was some better-than-expected economic data for them to change their tune, as initial jobless claims unexpectedly dropped.

The relief rally can also be seen elsewhere in global markets. Haven assets gave back some earlier gains as gold decreased by 1% and the yen slid by 0.7% versus the US dollar.

But the relief did not translate overseas, as the Stoxx Europe 600 dropped by 0.5% during regular trading hours, while the MSCI All-World Index lost 1.2%.

The relatively muted reaction is a far cry from what was seen Wednesday, when the S&P 500 dropped 1.7%, its biggest decline since September 9, and a stock market fear gauge spiked by almost 50%.

The snappy recovery in stocks should be of little surprise, considering US equity investors have made a habit of buying on weakness throughout the eight-year bull market. Following the UK’s vote last June to leave the European Union, the S&P 500 fell by 5.3% over two trading sessions, only to make up those losses in about a week.

The same dynamic was in play when China unexpectedly devalued its currency in August 2015. After the S&P 500 underwent an 11% correction, traders bought the dip and restored the benchmark to its pre-sell-off levels within about two months.

NOW WATCH: China built a $350 million bridge that ends in a dirt field in North Korea