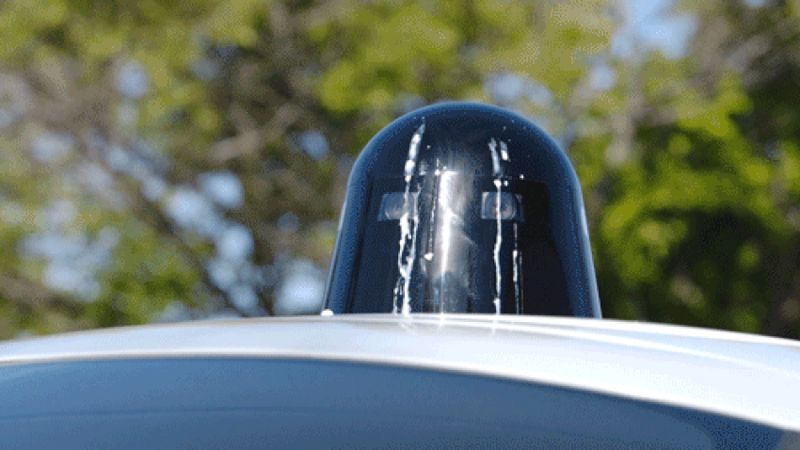 LiDAR—a laser-based radar that essentially allows an autonomous car to “see”—is crucial for making self-driving vehicles work. But just like your windshield, a LiDAR dome is going to run into Mother Nature. Waymo, the self-driving car project of Google, has a solution: tiny wipers for the LiDAR dome. Brilliant!

The soothing bird-shit-getting-cleaned gif you see above comes by way of a Bloomberg piece that focuses on Waymo’s efforts to develop intricate hardware for its self-driving technology. It’s like a 21st century version of those wiper blades on the headlights of old Benzes.

The main objective in the self-driving car race is to produce a car that doesn’t need a driver; studies have shown human error’s attributed to more than 90 percent of crashes, so the idea is, remove the human from the equation and—voila—safer roads.

Of course, it’s not so easy. That’s why Waymo and others are not just testing their self-driving cars on the road—they need to consider the sort of situations a vehicle might encounter in the Midwest, not just the sleek roads of Silicon Valley. That’s what makes this gif more than just an image to chuckle over. It’s fascinating to see the kind of work that’s being undertaken. (It’s also a nice reprieve from the high-stakes case between Uber and Waymo over the alleged theft of 14,000 autonomous tech design files.)

Though Bloomberg’s piece is rich with detail, and a wonderful insight into the lengths at which autonomous tech developers are going to consider what’s needed to make self-driving cars work, the Jalopnik crew was left to wonder a number of things:

Waymo couldn’t disclose technical details behind the wipers, but did say that the wiper’s intended to be used for all sorts of obstructions—rain, dirt, bird shit, what have you. Cool.

Google Just Dropped Some of Its Patent Claims Against Uber