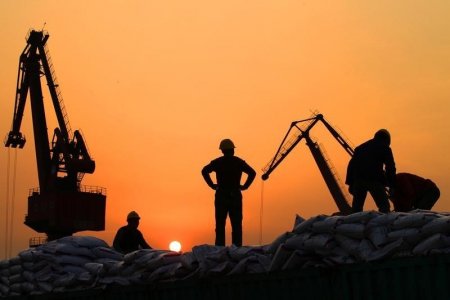 Thomson ReutersWorkers load imported goods at a port in Nantong

Xu Shaoshi, head of the National Development and Reform Commission (NDRC), told reporters at a briefing that “global economic uncertainty and instability still remains,” and noted that he sees an increasing risk in fiscal and financial areas.

China aims to keep its economy growing by at least 6.5 percent over the next five years while pushing hard to create more jobs and restructure inefficient industries, Premier Li Keqiang said on Saturday.