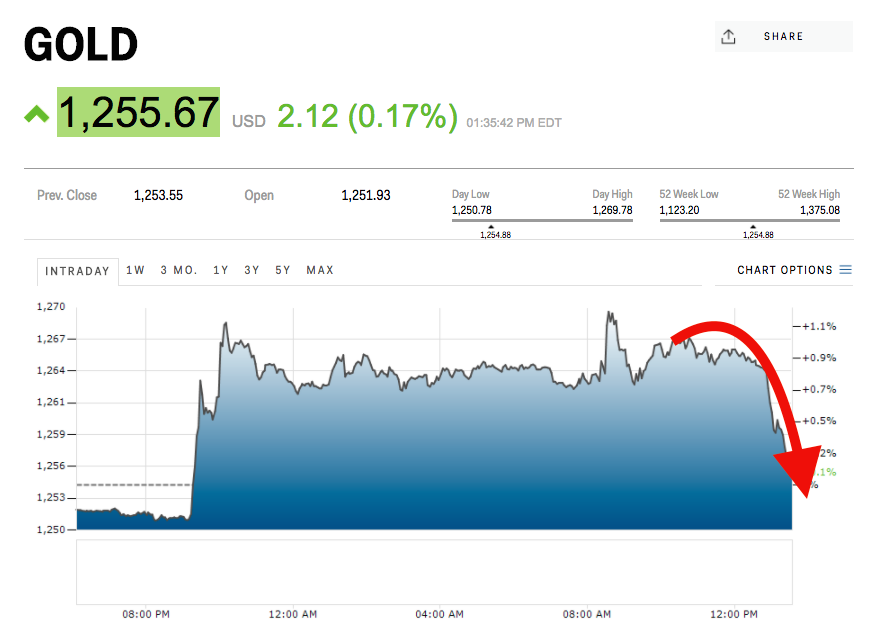 Gold tumbled off its best levels of the session following a Reuters report suggesting President Trump has called on the Syrian government to abide by agreements not to use chemical weapons.

The precious metal put in a five-month high of almost $1,271 an ounce in overnight trade after the US launched 59 cruise missilesat military targets controlled by Syrian President Bashar Assad in response to Tuesday’s chemical attack that killed at least 80 people.

Gold had surrendered some of its gains ahead of the Trump administration’s comments, but was still trading up about 1% near $1265. The recent selling has the yellow metal clinging to a small gain, up 0.3% at $1,255.