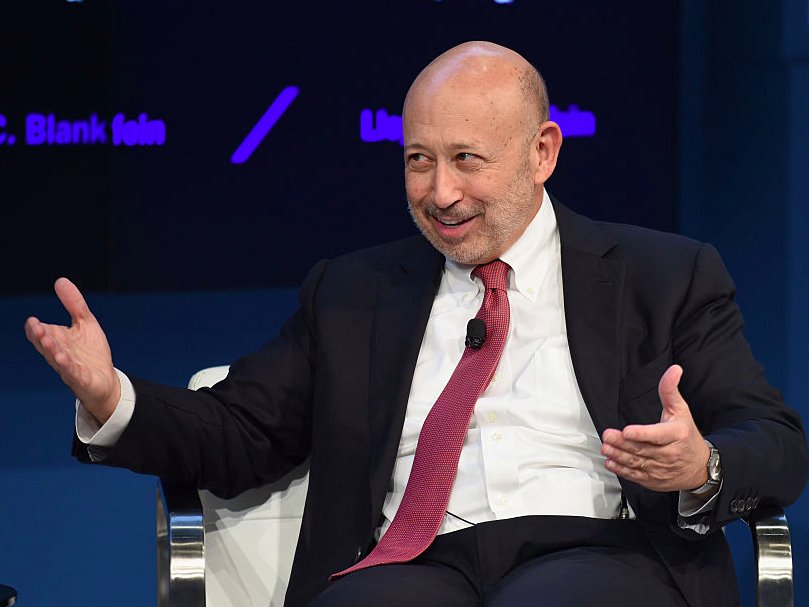 Goldman Sachs CEO Lloyd Blankfein ribbed President Donald Trump on social media Friday, at the end of one of his administration’s most challenging weeks.

The Trump administration had intended to roll out its plans to revitalize US infrastructure — one of its biggest policy proposals after immigration and healthcare.

The infrastructure rollout was seen by some as a counterpunch to the highly publicized Senate testimony of former FBI director James Comey, who appeared before lawmakers to give his account of the tumultuous months that led up to Trump firing him.

The fallout to Comey’s testimony was massive.

“Just landed from China, trying to catch up…. How did “infrastructure week” go,” Blankfein quipped on Twitter Friday afternoon. That followed another tweet Blankfein sent on Tuesday: “Arrived in China, as always impressed by condition of airport, roads, cell service, etc. US needs to invest in infrastructure to keep up!”

Blankfein joined Twitter in 2011, but sent his first tweet just last week to rebuke Trump’s decision to withdraw the US from the Paris climate agreement.

Despite Republican Party plans to hit back at Comey’s testimony, viewers in the US were nonetheless captivated. Comey’s appearance before the Senate Intelligence Committee on Thursday drew in nearly 20 million viewers, according to Nielsen.

SEE ALSO:TRUMP: Comey lied about what I said, and I’m ‘100%’ willing to be questioned under oath about it