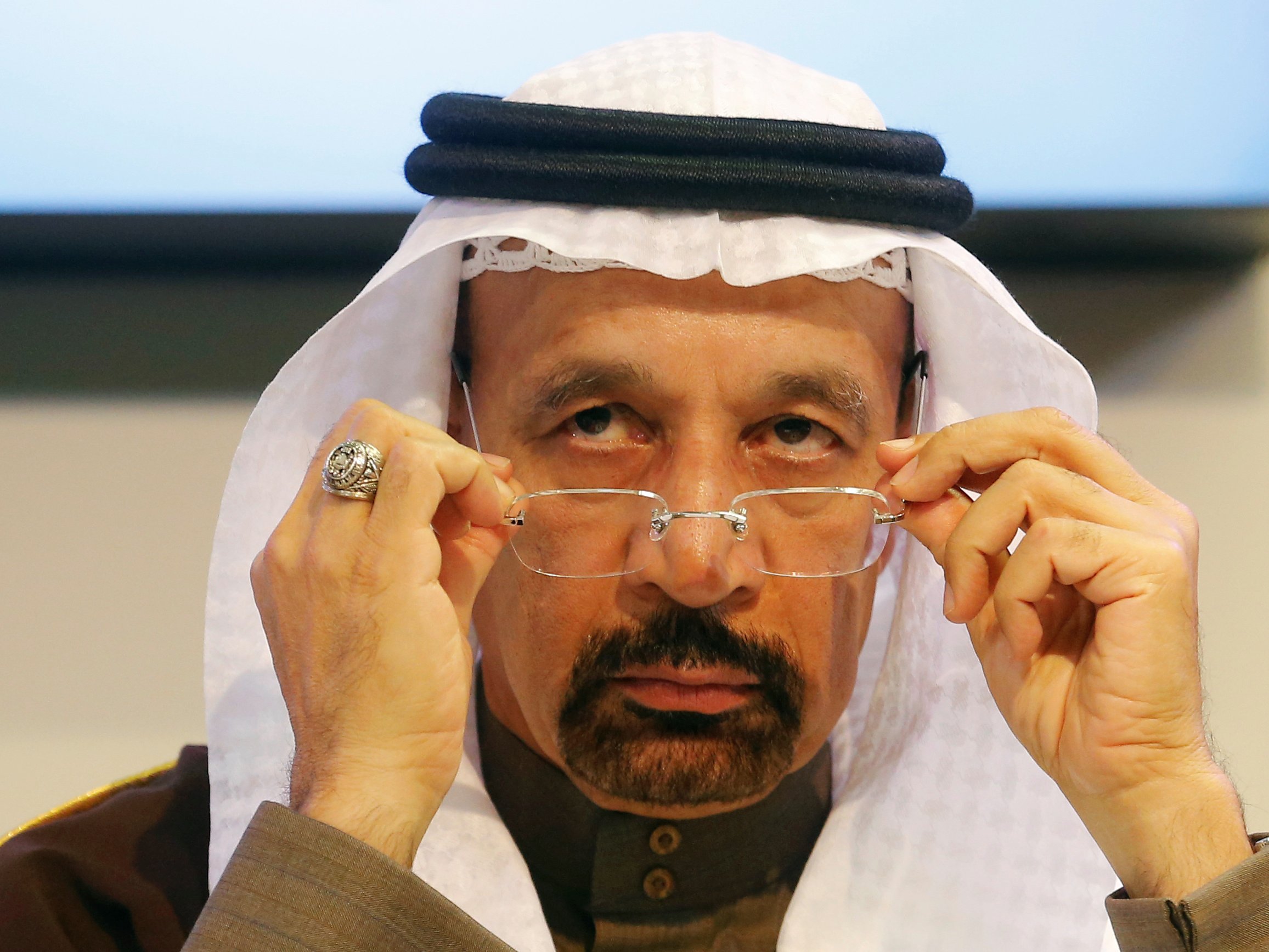 Saudi Arabia’s energy minister Khalid al-Falih adjusts his glasses during a news conference after a meeting of the Organization of the Petroleum Exporting Countries (OPEC) in Vienna, Austria, December 10, 2016.Heinz-Peter Bader/Reuters

The Organization of Petroleum Exporting Countries made a smart move to limit production, but the move has had some unforeseen effects, according to Goldman Sachs analysts.

In November, some OPEC members agreed with a few non-members to lower their production levels in a bid to support oil prices. It was the most significant agreement since the oil crash in 2014 as OPEC fought for market share with US shale producers.

The oversupply from the moves for market share pushed the oil market into contango. That’s a situation where the price in the futures market is higher than the current spot price, meaning that traders are willing to pay more for oil in the future than now.

Goldman’s Michele Della Vigna said that the inventory build pushed the 2-year forward price of Brent crude, the international benchmark, $5.50 per barrel (or 11%) above the spot price.

That situation helped US producers at the expense of OPEC. “As OPEC countries sell spot, but US E&Ps [exploration and production companies] sell 50%+ of their production forward, this was giving the E&Ps a competitive advantage,” Della Vigna wrote in a note on Tuesday.

“Within one month of the OPEC announcement, the contango declined to US$1.1/bl (2%), achieving the cartel’s purpose. However, the unintended consequence was to underwrite shale activity through a bullish credit market at a time when delayed delivery of the 2011-13 capex boom could lead to record non-OPEC production growth in 2018.”

“Exhibit 3 shows how successful OPEC was in tilting the shape of the Brent forward curve within one month of its announcement,” Della Vigna wrote. “However, the unintended shale boom generated by low oil price volatility, a bullish credit market and management confidence is starting to impact the whole curve, shifting it downwards into the incentive price cost of shale production (US$50-55/bl on our estimates).” And so, OPEC’s output cuts could have the unintended effect of hurting their members’ economic growth.

“Headline GDP growth in the Gulf looks is likely to slow to an eight-year low of 1.5% in 2017,” said Capital Economics’ Neil Shearing in a note on Monday. “However, this will be entirely the result of oil production cuts as countries comply with last year’s OPEC deal.”

Goldman included this chart which steps further back to illustrate the headache US shale producers are giving their OPEC counterparts. The efficiency of shale production reduced the oil price US drillers needed to break even, or produce without profit or loss. Low-cost OPEC producers then respond by increasing production where they can.