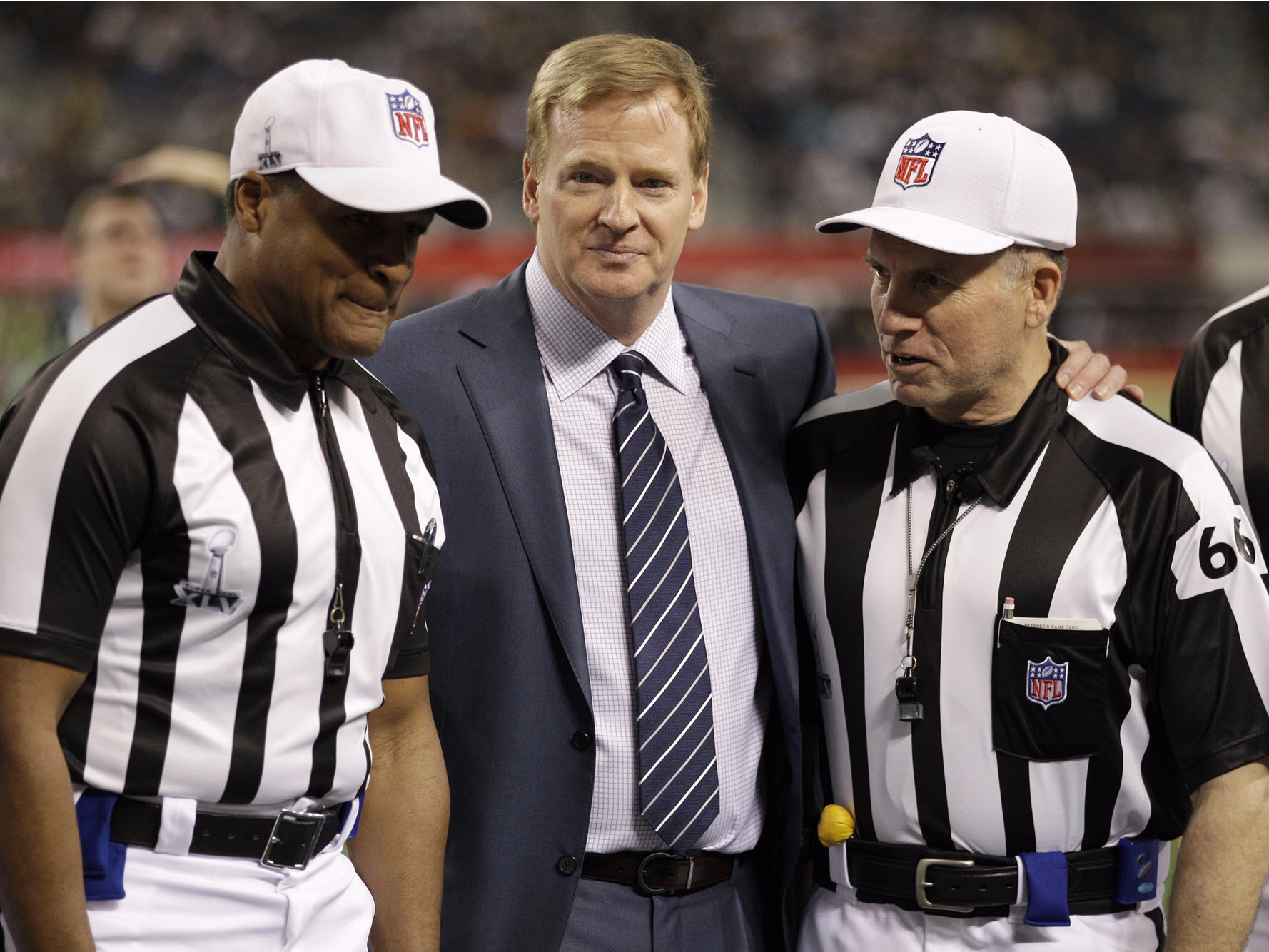 On Wednesday, Roger Goodell wrote an open letter to NFL fans saying the league was taking steps to improve the pace and flow of games, reduce the number of interruptions, and clean up the commercialization of broadcasts.

On Thursday, Goodell was a guest on ESPN’s “Mike & Mike” and went into more detail on the steps the league plans to take and they sound fascinating.

Here are some of the more compelling changes Goodell says are coming to NFL games.

“Double-ups” are when there is a commercial break immediately before and immediately after a kickoff. According to the NFL’s research, these occur 27% of the time.

When Mike Golic commented that it feels like it happens more often, the commissioner responded, “we all had the same reaction.”

The need for the double-ups comes when networks fall behind on their allotment of commercial breaks. Currently, NFL games have 21 commercial breaks, five in the first quarter, six in the second quarter, and five each in the third and fourth quarters. Reduce the total number of commercial breaks from 21 to 16.

Obviously the networks don’t want to lose commercials. So to make up for the lost airtime, the NFL will make the breaks longer, adding a 30-second commercial to each one.

“What we found in the research is the fans didn’t even notice [longer commercial breaks],” Goodell said. “What they do notice is more frequent breaks.”

NFL wants to start using a “double box” during the broadcasts.

According to Goodell, the NFL will get creative to help make up for the fewer commercial breaks, and that could include using a “double box” on screen.

A “double-box” is akin to picture-in-picture, where a small box will be presented on the screen that contains an ad or commercial of some sort. We have seen these used in other sports, like NASCAR, where there are far fewer hard breaks in the action.

Goodell assured “Mike & Mike” that the double box would not be used during plays, but rather during the time in between plays, such as when a replay is being shown.

Replay rulings would be made by the head of officiating in New York.

Rather than have the referee go to the sideline and duck into a booth for a replay review, a tablet will be brought out to the field. The referee will then review the play while communicating with Senior Vice President of Officiating Dean Blandino in New York.

“Dean Blandino will have the final decision,” Goodell said. “We think that will move it much quicker.” Replay rulings will be made as soon as the referee has adecision.

This will lead to less downtime for the fans at the stadium and it will also allow the action to resume much sooner after the commercial break.

“We will no longer wait for end of commercial to make replay ruling,” Goodell said. “We want to get going. We want to be ready to play.”

Roger Goodell wants to “clean” up the extraneous commercialization of NFL games.

In Goodell’s letter to the fans, he noted that “there are too many elements in the broadcast that aren’t relevant to the play on the field.”

The feeling here is that networks are using the popularity of NFL games to promote other interests. Goodell specifically mentioned that this had become a big problem during Thursday night games, saying those broadcasts are “going to have even more aggressive changes.”

Goodell says he wants fans to be able to focus on the games and he wants the broadcasters talking about the game.

We like to scoff at a lot of decisions the NFL makes. But if these do indeed become the norm, it sounds like NFL games are about to become a more enjoyable viewing experience.