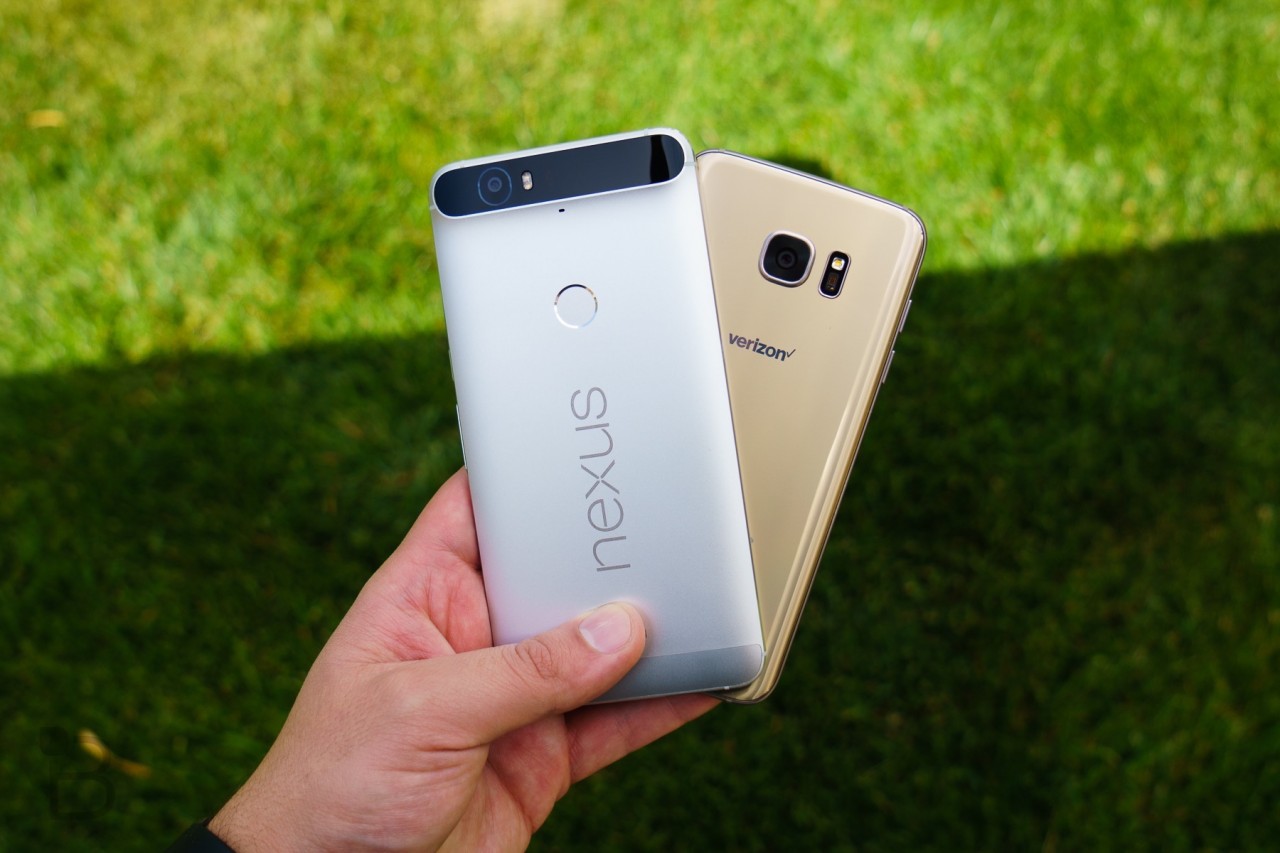 You have two choices: Samsung’s powerful, impressive, and gorgeous Galaxy S7 Edge, or Google’s Nexus 6P, which is a little less powerful, not quite as beautiful, but much, much cheaper. Which one do you choose? It really depends on your needs.

If you’re the kind of person who absolutely demands the latest technology, the Galaxy S7 Edge is an obvious choice. However, if you’re not too concerned with using a device that’s already a few months old, the Nexus 6P is a great choice, and it’s affordable, too. There’s a reason it was our favorite smartphone of 2015.

The Galaxy S7 Edge sports one of the most beautiful designs we’ve ever seen; it’s also stuffed to the gills with tech. Not only does it come equipped with a 5.5-inch curved Quad HD display but it sports IP68 certification, wireless charging, a Snapdragon 820 processor, microSD support, Samsung Pay, 4GB of RAM, a 3600mAh battery, and a 12-megapixel camera. All of it combines into a device that we dubbed the most advanced smartphone to date.

But the Nexus 6P is no slouch and it has a few features even Samsung’s immaculate S7 Edge doesn’t. In addition to a 5.7-inch Quad HD display, 12-megapixel camera, USB-C support, front-facing speakers, access to Project Fi, and a 3450mAh battery, Google’s flagship starts at just $499 off-contract, making it much more affordable than Samsung’s handset, which can be had through a carrier like AT&T for $794 at full retail price.

Not only that, but the Nexus 6P promises to get the latest software updates the day they’re made available. Sure, the Galaxy S7 Edge runs Android 6.0 out of the box, as does the Nexus 6P, but only Google’s device will get updated to Android N in a timely fashion. Samsung devices often take months to get updated.

There are other differences between the two devices. The Nexus 6P doesn’t have wireless charging or expandable storage, nor does is it have IP68 certification. For most consumers, these features aren’t crucial to the experience though they’re certainly nice to have. Once you do use a device with wireless charging, it’s hard to live without.

Most people will go with Samsung simply because it’s a recognizable and trusted brand. And, let’s be honest, on paper it’s superior to the Nexus 6P. But it’s not always about specs—often times it’s about the experience that counts.

Check out the video above to hear Jon’s thoughts about these two devices and which one he’d choose if he had to decide.