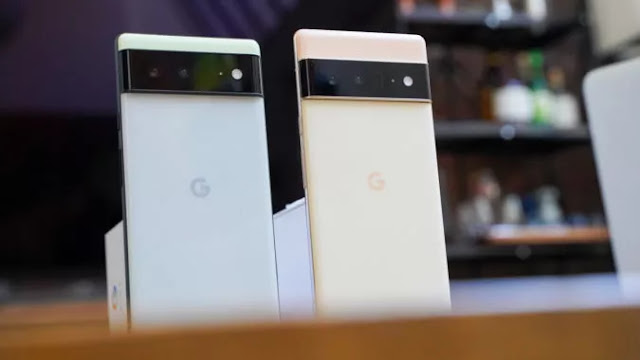 The January OTA pack for Google Pixel 6 (“oropiole”) and Google Pixel 6 Pro (“raven”) has started rolling out. The software update brings fixes from December and January that should help Pixel 6 series smartphones run at full speed after numerous bugs and problems seemed to affect the functionality.

Google has revealed that the January software update for the Pixel 6 and Pixel 6 Pro is now available as factory images and full OTA images via the Google Play services website (12.0.0 (SQ1D.220105.007), Jan 2022 – specific device/images links can be found in “sources” below). Those who prefer to wait for the OTA package to arrive with a “check for update” notification may start receiving the update from Monday January 17 onwards according to a report from 9to5Google. The list of fixes for the Pixel 6 and Pixel 6 Pro in the December and January patches is extensive and an installation should help relieve some of the serious teething issues users have experienced.

We recently reported on Google’s flagship smartphones being criticized for their flaws, including a scathing comment from tech blogger Marques Brownlee who claimed he would return to his Galaxy S21 Ultra for now. However, it looks like it’s ready to give the Pixel 6 and Pixel 6 Pro another chance as it’s been busy downloading the software update (215MB of fixes in this particular case, presumably from November) . Google took a lot of flak when the December update appeared to leave many Pixel 6 and Pixel 6 Pro phones with critical issues like signal reception issues. Also, many users have complained about the battery drain issue in cellular network standby mode and the slow fingerprint sensor.

Browsing through the list of fixes (see drop-down element “changelog” below for full list) one can find several for battery and charging and for network and telephony. One of these is “general improvements for network connection stability and performance”, which will hopefully alleviate two of the more serious issues mentioned above. There are fixes for biometrics too, with a “general improvements” update coming for the fingerprint sensor. While it’s unlikely every single problem with the Pixel 6 or Pixel 6 Pro can be fixed with this December/January OTA package, it does seem that Google is at least paying attention to the growing din of complaints about the new Pixel phones and doing something proactive about the situation.

Buy the Google Pixel 6 on Amazon