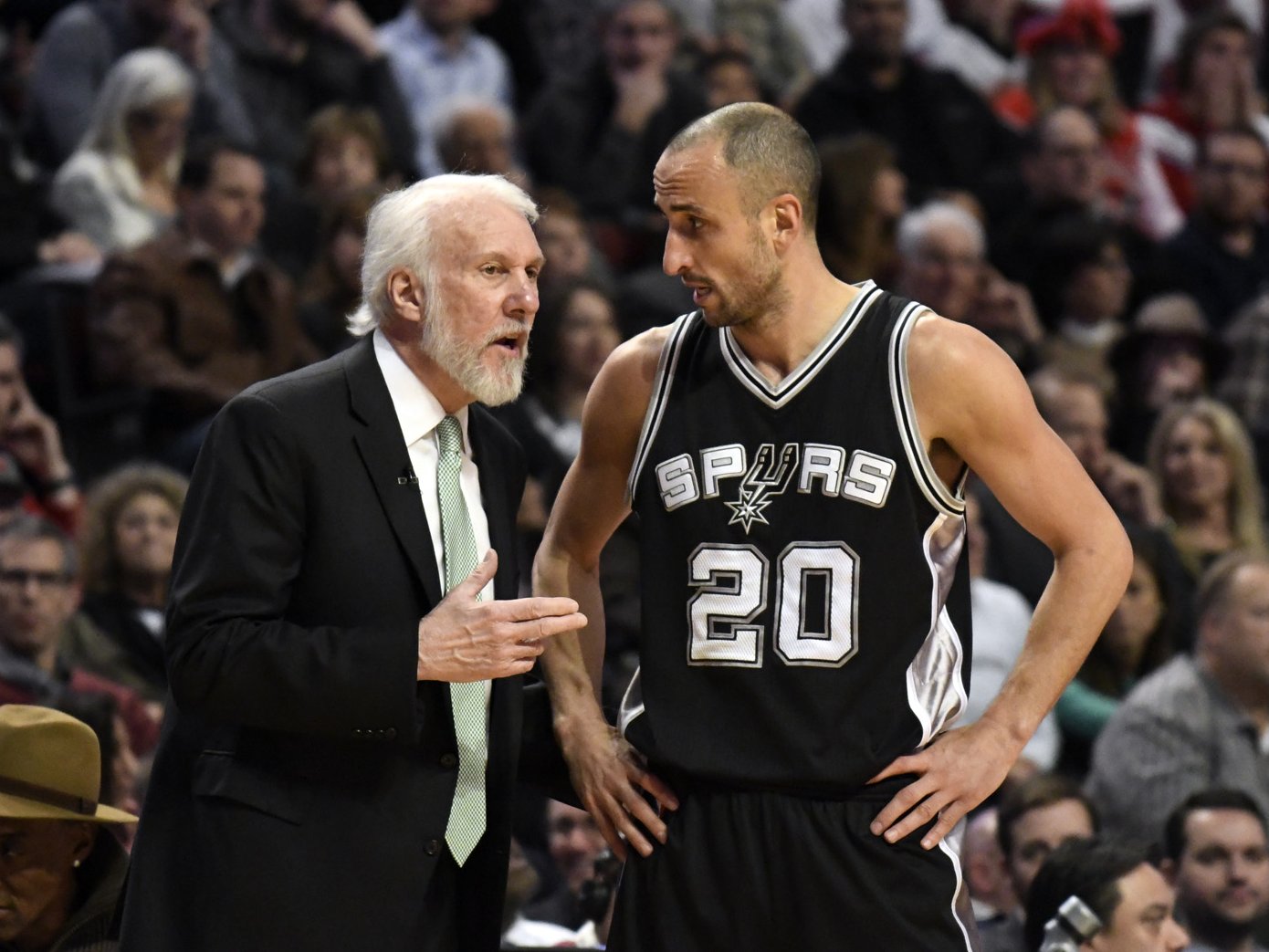 Ginobili, at 39 years old, will be a free agent this offseason and has said he would consider retirement, though he doesn’t have his mind made up.

So, heading into potentially the final game of his career, Gregg Popovich made a rare change-up — he chose to start Ginobili.

The move is pretty rare for the Spurs. Ginobili has built a Hall of Fame career mostly coming off the bench and defining what it means to be a “sixth man” in the NBA. Since the 2012-13 season, Ginobili has started just three times in a total of 325 regular season games. He hadn’t made a playoff start in his last 50 postseason games, dating back to 2012-13.

Popovich, however, wanted to pay tribute to Ginobili’s “selflessness.”

“We started him tonight out of respect,” Popovich said after the game. “That was the whole reason for starting him.” He continued, saying Ginobili’s willingness to come off the bench has been a big reason for the Spurs’ success.

“Before the game you think it may or may not be his last game that he ever plays in, and I did not want to miss the opportunity to honor him in front of our home fans for his selflessness over the years.

“I mean, this is a Hall of Fame player who allowed me to bring him off the bench for, I can’t even remember now, the last decade or something, because it would make us a better team overall. So obviously he’s a big reason for our success. And he deserved to have that night of respect so that he really feels that we appreciate everything he’s done over the years.”

Popovich said he wouldn’t elaborate on the chants Ginobili received from the San Antonio crowd at the end of the game for fear of getting “wishy-washy,” but said, “But it worked out great. Starting him, I’m sure he felt special as a symbol and an image.”

Of course, injuries played a part, too. The Spurs were missing Kawhi Leonard, Tony Parker, and David Lee. However, Popovich still could have started another player off the bench to preserve routine. Instead, he let Manu have his moment.

Spurs fans gave Ginobili a standing ovation when he subbed out of Game 4 with just over two minutes remaining:

The Spurs have credited Ginobili’s selflessness before. Spurs GM R.C. Buford told ESPN’s Zach Lowe that Ginobili’s willingness to come off the bench helped create a culture in San Antonio.

“He played as big a part as Tim [Duncan] in building our culture. When Manu Ginobili comes off the bench, it’s hard for anyone to b**** about why they aren’t starting, or whatever role they are in.”

If Ginobili does indeed retire, Popovich’s move will have been a smart one, allowing San Antonio fans to give a big goodbye to one of the team’s all-time great players.