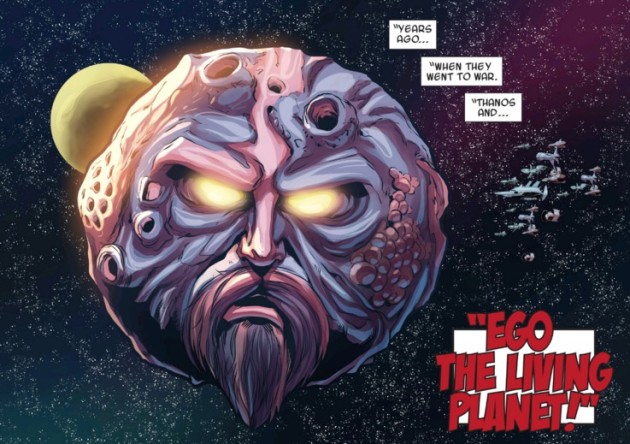 James Gunn, director of Guardians of the Galaxy, said he only just finished writing the script for the sequel, but rumors about the movie are already beginning to leak. According to a new report from Geek, when the film hits in 2017, it will feature a big new character—literally—from the Guardians of the Galaxy universe.

Geek’s sources claim Guardians 2 will feature Ego the Living Planet, who was first introduced in Thor #132. Ego displayed exceptional intellect in the comics but harbored a huge superiority complex (if you didn’t already get that from its name). As for his powers, Ego was able to alter its surface, and also propel itself through space at faster than lightspeed.

Despite Ego being most associated with Thor, and therefore a prime candidate for Thor: Ragnarok, it wouldn’t really fit within the more serious path Marvel is sending the Norse God down. Not to mention Ragnarok is going to feature Hulk, so there might not be any time to introduce living planets. But in a world full of talking trees and raccoons? Makes sense.

We have no idea what ground Guardians 2 is going to cover, only that we’ll probably learn who Star-Lord’s father is. Aside from that, director James Gunn has essentially sworn off from commenting on rumors, so don’t expect Ego’s involvement to be confirmed any time soon. Wouldn’t it have been great if the late David Bowie voiced the character?