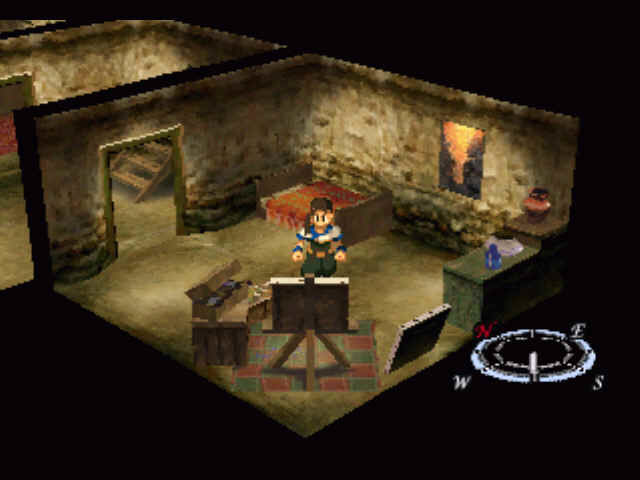 I’ll take it easy on you this week. I’ve thrown out a few obscure titles in recent weeks that only the deranged among us, like myself, would recognize at first glimpse. So today, we’ll be focusing on a game that actually saw an official, widespread release in North America. A game that enjoys an active fanbase, perhaps one that is maybe a little too overly enthusiastic at times.

If you know my taste in games, you would think this title would be right up my alley. A late 90s JRPG from Squaresoft’s insane and experimental era on the PlayStation. Giant robots know kung-fu, and its killer 90s anime aesthetic put the bubblegum cartoons of today to shame. Combat manages to break the limitations of line-based menu fighting, platforming fits in nicely with the JRPG maps, and it tells a twisted, existential story about… something.

Sadly, I’ve never really fallen in love with this title despite how much it might speak to my preferences. I was 13 years old and living with a friend while the family was moving when it came out. I remember reading tidbits about it in a magazine and rented it the same weekend I rented Legend of Legaia, pure, cookie-cutter JRPG escapism at its finest. It was this game’s easy-to-swallow story that demanded more of my attention while I attempted to drown the sorrows of moving out of state.

And unfortunately, I’ve never been able to get back into this selection for today’s Guess the Game. If I remember correctly, it was the pacing that always threw me off, because our hero constantly leaves tasks unfinished. For example, in the game’s second town, he is asked by a friend to find a certain merchant, but instead, he gets distracted and chases after two robots and gets lost in the desert.

In the very next scene, he is tasked with escaping a train gliding across the sand, but then he is ejected from the vehicle into quicksand and sinks into an underground cave, leaving the full contents of the train a mystery.

I am a little obsessive when it comes to “finishing things” in a video game, and this constant barrage of interruptions early in the game always rubbed me the wrong way and turned me off immediately. This game clearly laid out the ground work for BioShock Infinite, a game which would rather force you to change dimensions than wrap up a task at hand.

Squaresoft’s classic has been installed on my Vita for quite some time now, but I know I would have to dedicate a huge chunk of time into it, and that’s just time I don’t have. It’s always been a title I’ve wanted to like more than I’ve actually liked. I just need to get around to hammering out the 70 or so hours it takes to beat.