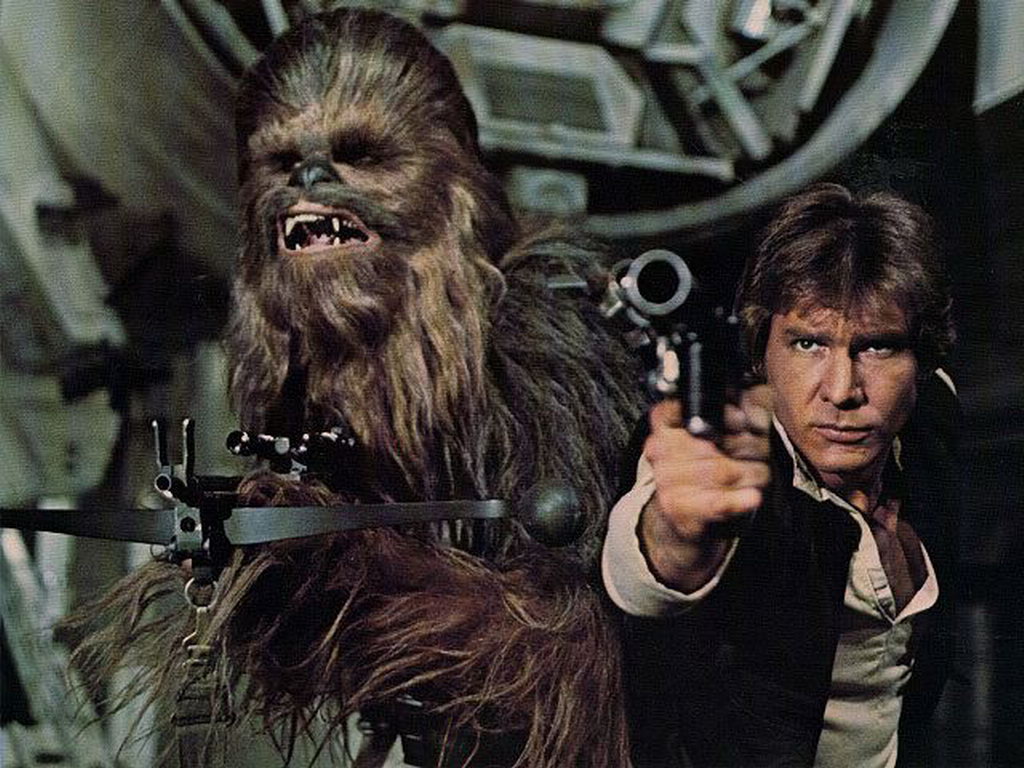 What would a Han Solo movie be without his big furry buddy? As if there was any doubt, Disney CEO Bob Iger confirmed Chewbacca will indeed appear in Han Solo’s upcoming spinoff, which is scheduled to hit theaters in 2018. We have a pretty rough idea of what the movie will be about. Now we just need to figure out who’s going to have the honor of taking over the role from Harrison Ford.

If you’re not quite up to speed, the Han Solo spinoff will focus on the smuggler’s life before he got caught up in the Skywalker family drama. Writer Lawrence Kasdan, famous among Star Wars fans, has some thoughts on how this should play out. “It’s not so much about his specific history,” Kasdan said. “It is about what makes a person like that. He’s not fully formed in the cantina.”

We already figured Chewie would feature in the Han Solo film but I guess Iger needed to give fans confirmation. Now, the question is: Will Peter Mayhew play Chewie and will he look the same as he has all these years?

The spinoff Han Solo film is currently scheduled for a May 25, 2018 release.