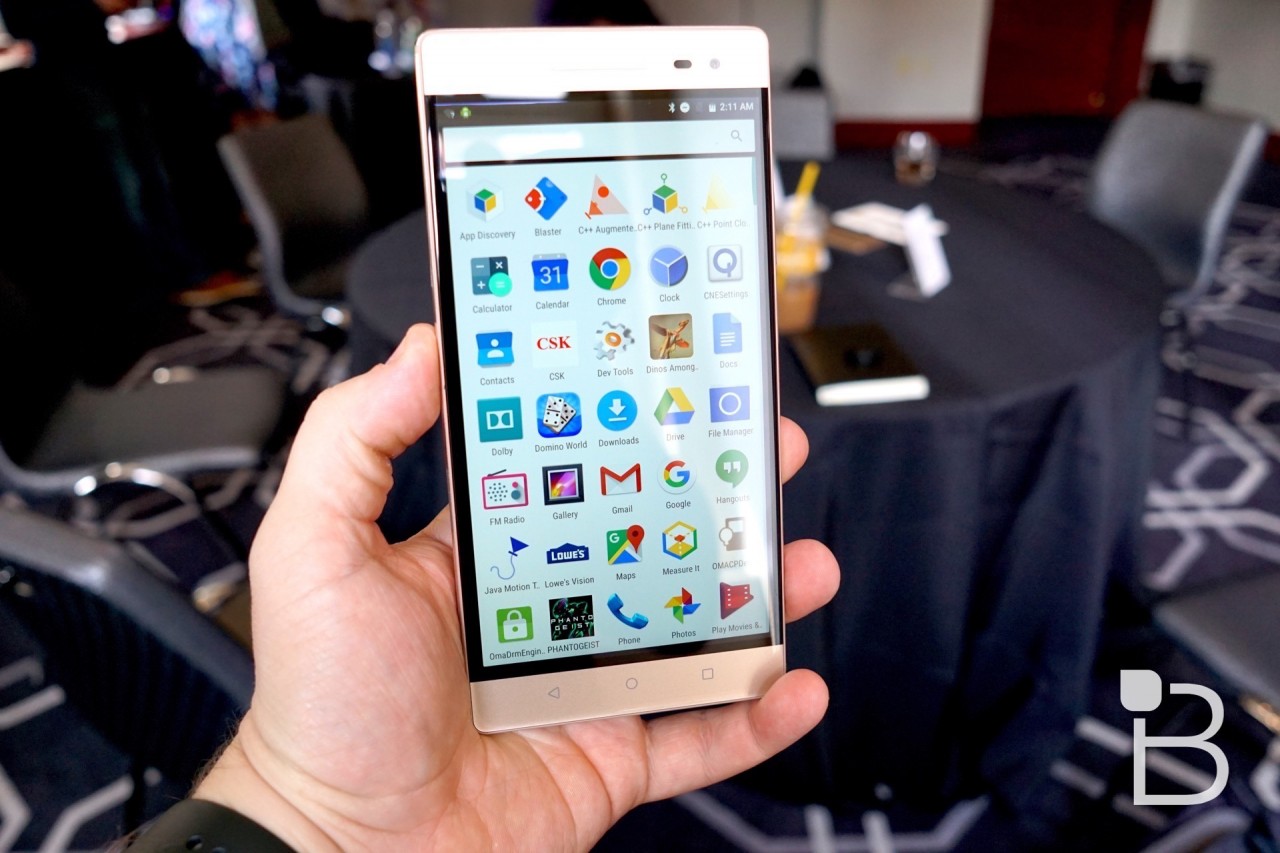 Lenovo just announced the PHAB2 Pro during its Lenovo Tech World event in San Francisco. It’s the very first Project Tango Android smartphone that consumers will be able to buy later this fall, and it’s pretty dang awesome. We had a chance to get up-close with the massive 6.4-inch smartphone in a meeting with Lenovo, and we walked away really excited for Tango to launch.

We went over the specs a bit in our announcement post, but just a quick recap – it sports a 6.4-inch Quad HD display, 4GB of RAM, 64GB of expandable storage and a Snapdragon 652 processor. The real story here is what Project Tango is capable of doing, though. With the right software, you can walk right into a room, spin the smartphone around, and suddenly see a 3D map of the space around you. This is incredibly powerful, especially if you’re trying to design a space.

And speaking of designing, the PHAB2 Pro already has some early software that lets you do just that. In one demo, I placed a 3D digital couch against the wall, perhaps testing where it might go if I bought one in real life, and then walked around it, watching the couch stay put on the smartphone’s display. You could design an entire augmented reality room this way. Other uses for Tango include using it to learn more about the world around you – maybe pointing the camera at an exhibit in a museum, for example, an option that’s already possible with some of Google’s partners. Lenovo, Google and developers all have huge plans for the platform, and there are already some pretty fun games, too, which had me running around the room shooting bad guys in virtual reality.

The size is a bit big, sure, but you can see how it stacks up against the developer version of the Project Tango tablet in the images above. It’s pretty incredible to see what Lenovo’s engineers were able to do in such a short period of time.

Look for the Lenovo PHAB2 Pro at Best Buy, Lowes (yep, the home improvement store!) and other retailers beginning this September for $499.