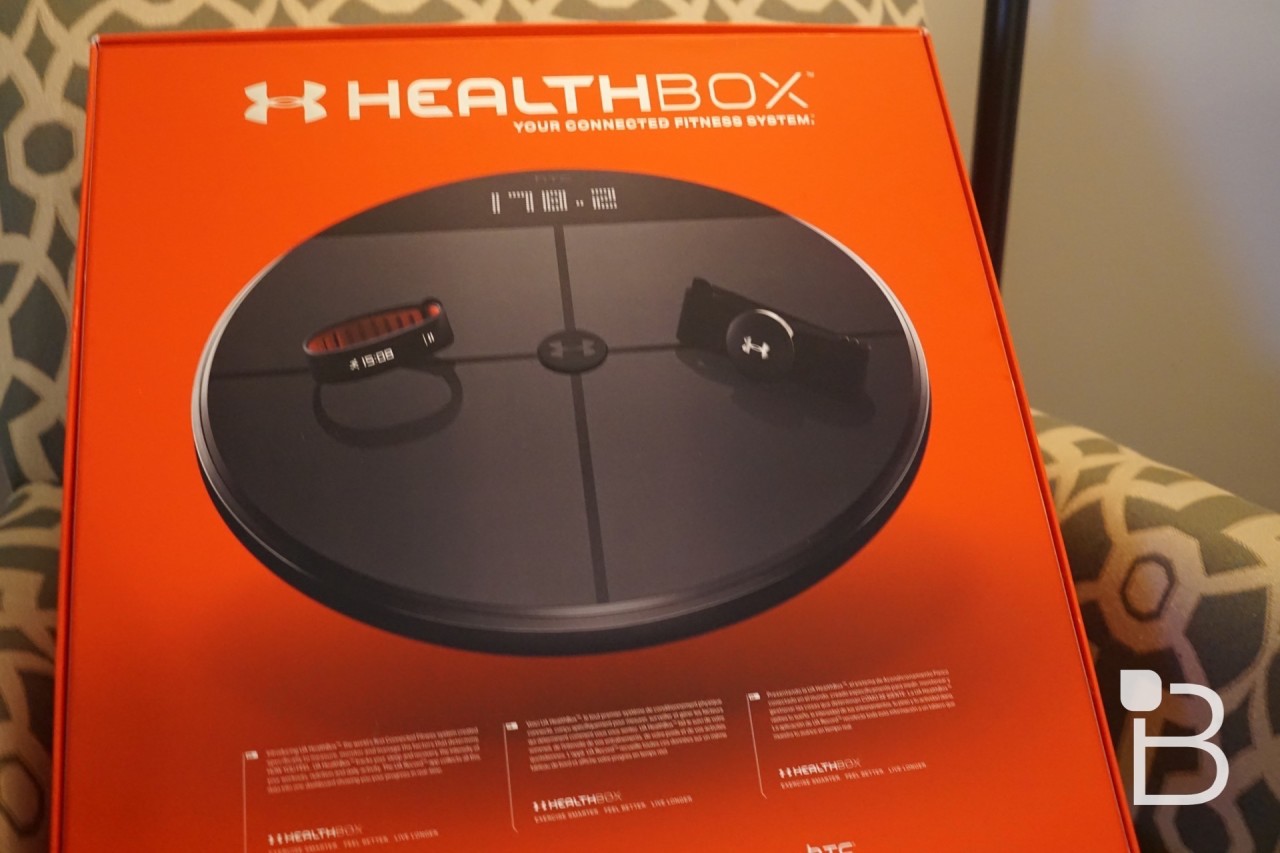 Under Armour and HTC on Monday finally introduced the fruit of their partnership, including several new products that will ship in a all-in-one “HealthBox.” The $400 box includes the UA Band, the UA Heart Rate sensor and the UA Scale and will launch in the U.S. on January 22. We’ve been playing with the gadgets for a while and have a few thoughts on them. We’ll keep it brief, primarily because they aren’t running final software and this isn’t a review but, rather, a first look.

The UA Band is pretty basic in its functions, but has a few aspects that I think are going to help it succeed. You can keep track of the distance walked each day, access music controls, receive phone notifications, view your heart rate and track your sleep. The band is comfortable, even after it gets wet in the shower (sorry, it’s not for swimming). The two stand-out functions I like the most are the automatic sleep tracking, which activates when it detects you’ve fallen asleep, and the really solid battery life. I’m going 4 days usually before needing to plug it back in and, when I do, it charges quickly.

The UA Scale is awesome, you can see where HTC’s design prowess comes into play. It has a metallic finish that looks svelte, a display that alerts you of your weight, body fat percentage, how many more pounds you need to lose until you hit your goal and more. It even knows who is standing on it, thanks to saved data. When I step on the scale, for example, it says “Hi Todd” before reading me my weight. Then it sends all that data over to Under Armour’s new Android and iOS app.

I’ll admit I haven’t used the Heart Rate sensor band much yet. It straps around your chest and should provide more accurate readings than the UA Band, but I haven’t really been out doing much physical activity (yes, I’m blaming the holidays!) I plan to revisit it in the near future.

When I come back with my review, I’ll also talk about the new Under Armour “UA Record” app, which brings all of the data from these devices, your weight, your sleep patterns, steps taken, activities, how you feel and more, and presents a beautiful, clean and easy-to-use dashboard. It’s one of the best out there.

Check out some of the gadgets in the gallery above. I’m really loving the system so far, including Under Armour’s new and comfortable shoes (they’re connected, too, if you run, and will sync with the RunKeeper app. They launch later next month for about $150.)