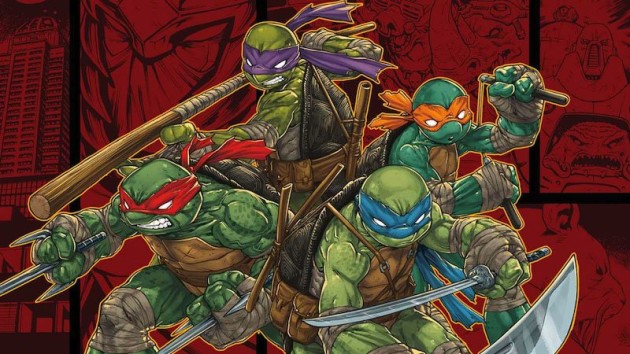 It’s hard to believe that Teenage Mutant Ninja Turtles: Mutants in Manhattan from Platinum Games is not an official game yet, but that just happens to be the case. We’ve been blasted with barrages of leaks and rumors over the months, but none of the parties involved have even mentioned it. It’s still in “rumor mode” as of this article.

Yet another leak comes to us though from the game’s Xbox 360 achievements being posted on Xbox Achievements. In addition, the new listing also points to Activision as the publisher and Platinum Games as the developer, as we already know by now.

So far, we’ve seen the Australian rating accidentally reveal the game and have witnessed the game’s cover art leak. These achievements count as the third sighting of the game unofficially, meaning it can’t just be coincidence. Hype is currently high for the title as fans are expecting Platinum Games to bring its same “vanilla” combat theories to Ninja Turtles in the same way it did to last year’s Transformers: Devastation.

We’ll be hearing from Activision and Platinum Games on Teenage Mutant Ninja Turtles: Mutants in Manhattanshortly. Achievement leaks generally mean that an official confirmation is just around the corner. Keep your eyes peeled and your heads out of your shells.