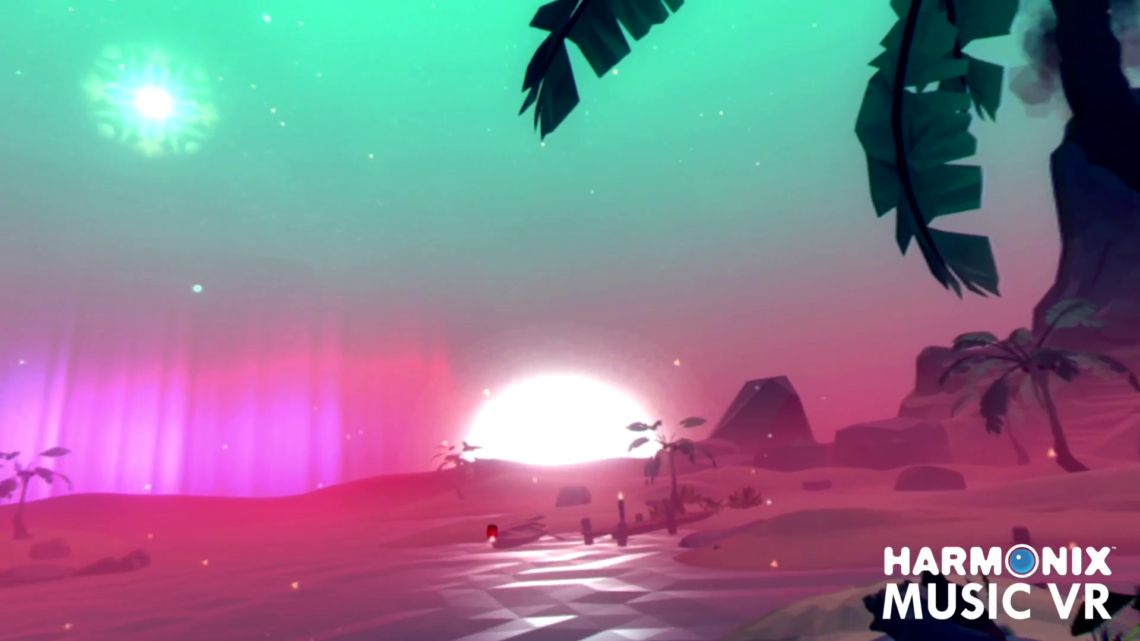 Harmonix Music VR looks pretty nuts. Nick Mudry, Publishing Associate at Harmonix, took to the PlayStation Blog to reveal a new mode and announce that their game will launch alongside PlayStation VR this October.

You’ll be able to listen to music in a VR environment, and it looks like Harmonix is loading this up with “4 wildly different experiences.” You’ll chill with tunes at The Beach, “create virtual 3D art that reacts to your music” in The Easel and go nuts with “whacky characters” in The Dance.

But what about the music? Well, Harmonix Music VR will ship with 17 of its own songs, “including music from our PlayStation cult-classic rhythm game Amplitude, 2014’s bullet-hell extravaganza A City Sleeps, and an entire album hand-crafted for Harmonix Music VR by Harmonix’s very own M-Cue.” It also works with your music, though. Just load your tracks onto a USB drive and plug it into your PS4. Your tunes in VR, that’s it.

We’ll have more on this one as it comes.