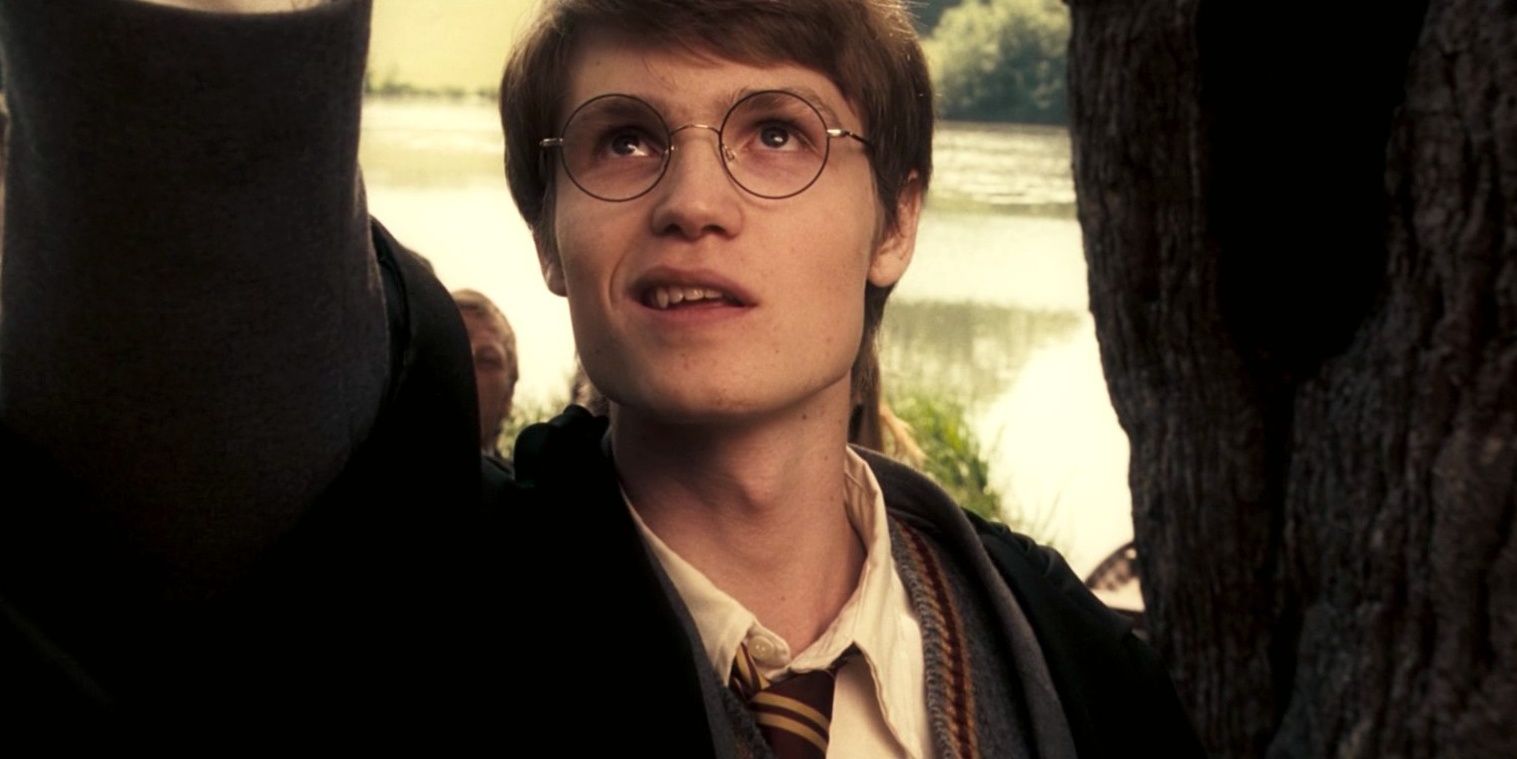 Despite only making occasional appearances, Lily and James Potter are vital to the Harry Potter series. It’s their deaths that kickstart the entire plot when their son is the sole survivor of Voldemort’s attack. For better or worse, their memories live on through Harry — and so do their personalities.

While he’s constantly reminded of his physical resemblance to his parents, Harry never gets a chance to properly compare how they are and aren’t alike. However, thanks to memories, flashbacks and characters like Remus Lupin, Sirius Black and Albus Dumbledore, it’s clear which traits he inherits from each parent.

Harry pretty much starts breaking school rules the day he stepped into Hogwarts. This isn’t always intentional, as he tells Mrs. Weasley, trouble usually finds him, not the other way around. Regardless, he loses plenty of points for Gryffindor over the course of six years and racks up numerous detentions.

This flair for trouble is something he inherited from James. As a Marauder, James was constantly breaking the rules — albeit, often with much more deliberate and crueler intentions than Harry, as evidenced by his treatment of Snape at school. Regardless, both have a reputation for chaos.

The Harry Potter series reaches its heroic peak when Harry makes the ultimate sacrifice and hands himself over to Voldemort in Deathly Hallows. This magic ultimately — and unintentionally — gives his friends and allies some protection from the Dark Lord, allowing good to triumph over evil in the Final Battle.

It’s a full-circle moment, considering Harry’s story started with a similar choice from his mother. When Voldemort tried to kill an infant Harry, Lily gave her own life to save his. Both share the same courage and selfless nature, thinking nothing of dying if it means sparing those they love.

Potions, History of Magic, and Divination are all low points in Harry’s academic career, but he isn’t totally without talent. When Harry has the chance to show his strengths, they’re exceptional. He’s a natural at Quidditch, becoming the youngest Seeker in a century, and has an aptitude for Defence Against the Dark Arts that outshines even Hermione.

Also on Gryffindor’s house team, multiple characters comment on James’ skill on the Quidditch pitch throughout the series, with Sirius directly comparing them to Harry’s. Harry also has James’ aptitude for defensive wandwork, as James was skilled enough to duel Snape (who had dark magic on his side) and held his own against Voldemort on three separate occasions.

From the moment Harry rejects Malfoy’s offer of making friends with the right sort of wizards in Sorcerer’s Stone, it’s clear that he has strict morals and expects the same from others. He has a clearcut sense of what’s right and wrong, and won’t hesitate to stand up to those (like Malfoy) who don’t.

This habit is something readers of Order of the Phoenix will recognize from “Snape’s Worst Memory.” When James taunts and attacks Snape for the amusement of his friends, Lily publicly calls him out for being a bully. Harry leaves this memory disappointed in his father and definitively on his mother’s side of events, which speaks volumes to his own principles.

Despite the fact Voldemort tries to kill him on a near-yearly basis, Harry considers Malfoy to be his most hated rival. The two are total opposites and Harry hates everything Malfoy represents: his pure-blood mania, arrogance, cruelty, and natural inclination to bully anyone even remotely different.

Sometimes this grudge goes too far, as evidenced by Harry’s (completely justified) obsession with Malfoy in Half-Blood Prince. James could attest that this is often the case with his own hatred of Snape — a conflict that mirrors Harry and Malfoy — nearly causing his death. Stubborn just like his son, James maintained this rivalry through his Hogwarts years, regardless.

Book purists have long lamented the absence of Harry’s sassiness in the movies. Spouting off some of the shadiest burns in all of Harry Potter, book-Harry isn’t as flamboyantly funny as Fred and George, but he is extremely witty and unafraid to use this to his advantage.

We never get to see Lily put her own sass into practice, but according to Slughorn, it was a sight to behold. As a student, she was “vivacious” with plenty of “cheeky answers” up her sleeve. It’s just a shame fans never got to see this sassy Potter duo in action.

4 Like James: He Puts A Lot Of Faith In His Friends

Being the infamous Boy Who Lived, Harry could befriend anyone. In the end, he’s close to a small group of people who he’d rather die for than betray. He can’t comprehend anyone feeling any different — when all the evidence points towards one of the Order of the Phoenix selling him out in Deathly Hallows, he refuses to believe it’s possible.

As Lupin then points out, his father would feel exactly the same and would have seen mistrusting his friends as the “height of dishonor.” From what fans know about James, this is true. He never doubts Pettigrew’s suitability as Secret Keeper, and this unshakeable trust is what ultimately led to his death.

As the son of a witch and wizard, Harry should never have been raised by Muggles. However, when he was orphaned, he had no other option than to be raised by his aunt and uncle. As a result, he starts Hogwarts with very little understanding of magic and expresses his fears to Ron that this will slow him down.

While Lily at least had one magical friend in Snape as a child, as a Muggle-born, she still grew up in a Muggle environment. When Harry sees her in Snape’s memories, she’s just as awed by magic as he was at the age of 11. Of course, the irony of both being newcomers to the wizarding world is that both also ended up saving it.

After 10 years in a cupboard under the stairs, Harry discovers he’s both a wizard and heir to a sizeable fortune on the same day. As if a vault full of galleons isn’t already enough to support him, he later inherits money from Sirius too, as well as property, making him one of the richest characters in the entire Harry Potter series.

He’s generous with this money, treating Ron and Hermione on a regular basis, just as his father did with his own friends. When Remus struggled financially due to the stigma of his lycanthropy, James also relied on the Potter riches to support him. The Potters have long been a wealthy wizarding family, but neither James nor Harry are too flash with their cash.

Even though Harry has more fame and wealth as a child than most people do in a lifetime, it never goes to his head. He’s modest about his achievements, playing down the fact he’s fought Voldemort multiple times, can cast a Patronus, and won the Triwizard Tournament in the first Dumbledore’s Army meeting.

It’s tough to imagine James Potter (who is once described as having a head so fat it’s a miracle his broomstick lifts off the ground) handling this kind of attention as well as a teen. Considering Lily is the one who calls him out on it, humility is a trait she values highly, and, thankfully, it was passed on to her son.