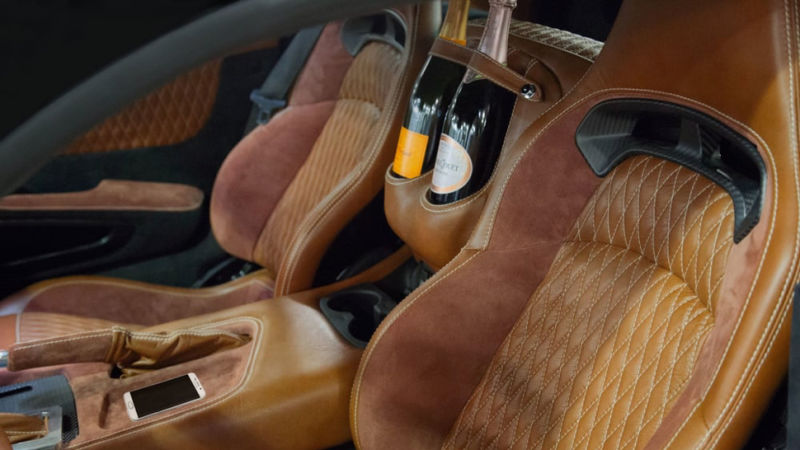 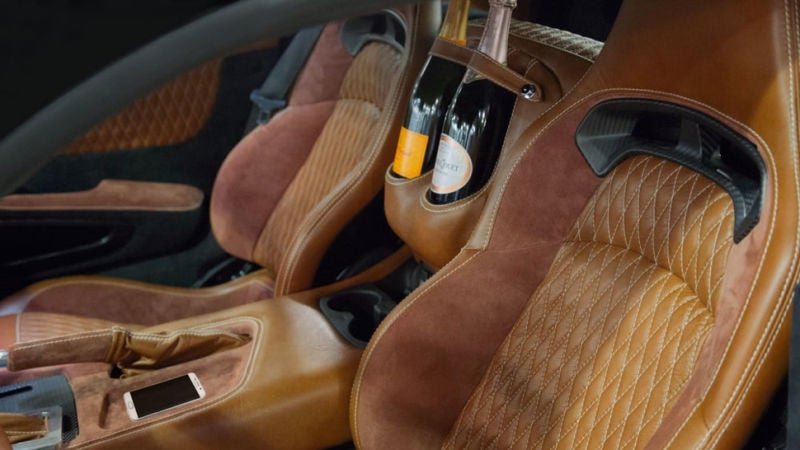 Henrik Fisker’s latest creation, a Viper-based monster with more than 700 horsepower that doesn’t look like an Aston Martin at all known as the Force 1 V10, has provisions for two champagne bottles squeezed between the occupants. “Brilliant design choice,” you’re probably thinking about the mixture of alcohol and window-licking crazy amounts of power, but the reasoning behind it is even better.

After conceding that giving two bottles of champagne their own seats, complete with belts for their own safety and everything, was “almost a joke” and a “bit of fun,” Fisker actually brought up a great point about people who probably are great at parties but for only a little while.

“You’re driving to a party, and you’re bringing some champagne, of course,” he told me at the Detroit Auto Show. “But where are you going to put it? In the footwell, rolling around?”

This was obviously a predicament. One cannot have champagne bottles just rolling around, in the footwell.

“This is a much better solution.”

All the issues of setting yourself up immediately for a DUI upon returning from that party aside, it is indeed a better solution to bottles of champagne rolling around in the footwell.

Expect to see this handy feature rolling out to every single car in the world very shortly. Probably.

(Seriously though this car is already perfect and great, everyone please make cars that are wonderfully unhinged.)