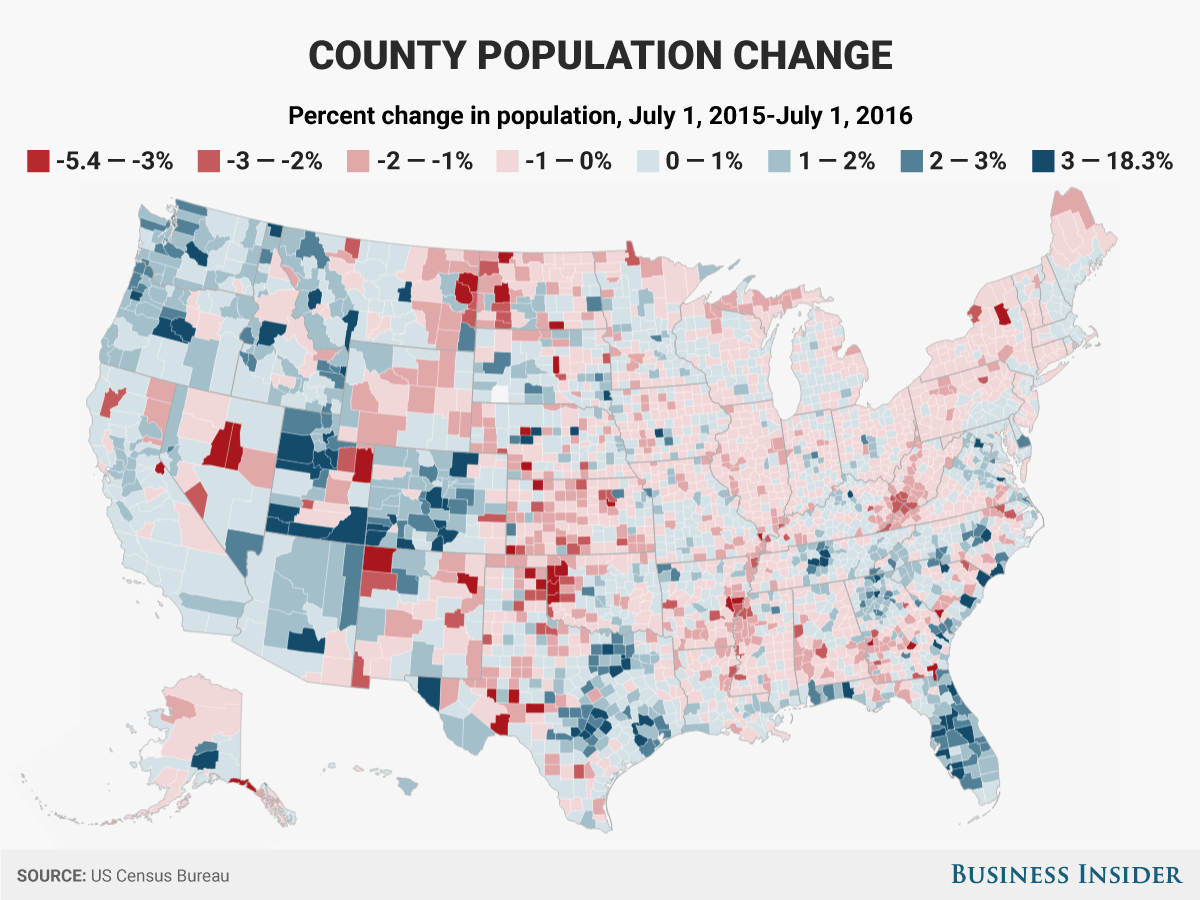 The US Census Bureau releases annual estimates of the populations of each of America’s 3,142 counties and county equivalents. Using those estimates, we found the percent change in each county’s population between July 1, 2015, and July 1, 2016, the Census Bureau’s reference dates.

Continuing a decades-long trend, the South and the West are growing rapidly. Most counties in the Northeast and the Midwest saw little population change last year. Oil-rich counties in North Dakota and Oklahoma, however, saw significant drops in population.

This map shows each county’s total population change. Red indicates a decline in population, while blue indicates an increase: Despite the overall trend of Southern and Western counties growing, most of the 10 fastest-shrinking counties fall in those regions: