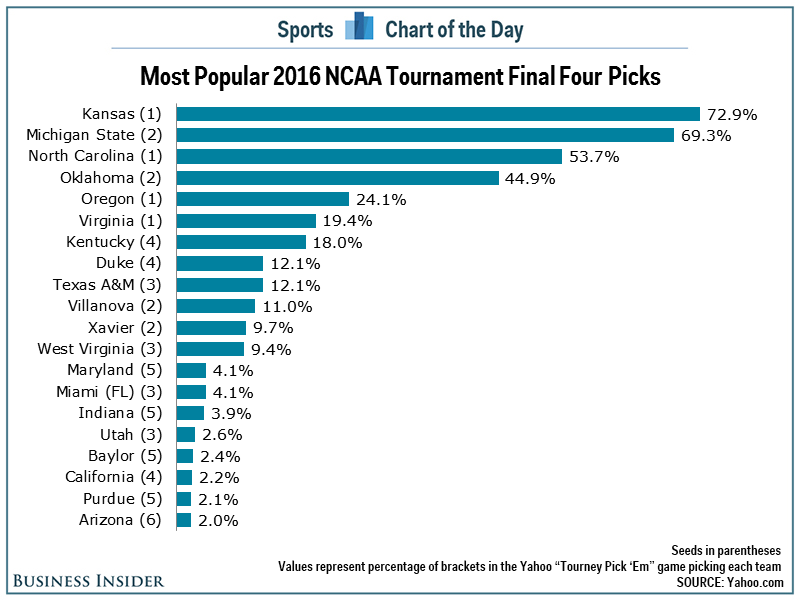 As everybody gets their brackets ready for the NCAA Tournament, some trends are starting to emerge as the most popular Final Four picks include a couple of 2-seeds.

According to Yahoo.com’s “Tourney Pick ‘Em” game, No. 1 seed Kansas (South regional) and No. 2 seed Michigan State (Midwest) both appear in the Final Four of more than two-thirds of the brackets filled out so far. The other most common Final Four picks are No. 1 seed North Carolina in the East and second-seeded Oklahoma in the West. Top seeds Oregon and Virginia both appear in the Final Four of less than one-fourth of the brackets.

The most common pick for a school not seeded No. 6 or higher is Connecticut, a ninth seed, picked in 1.4% of the brackets. The most common double-digit seed is Gonzaga, reaching the Final Four in 0.8% of brackets.

Here are the 20 schools that appear in the Final Four of at least 2% of the brackets.