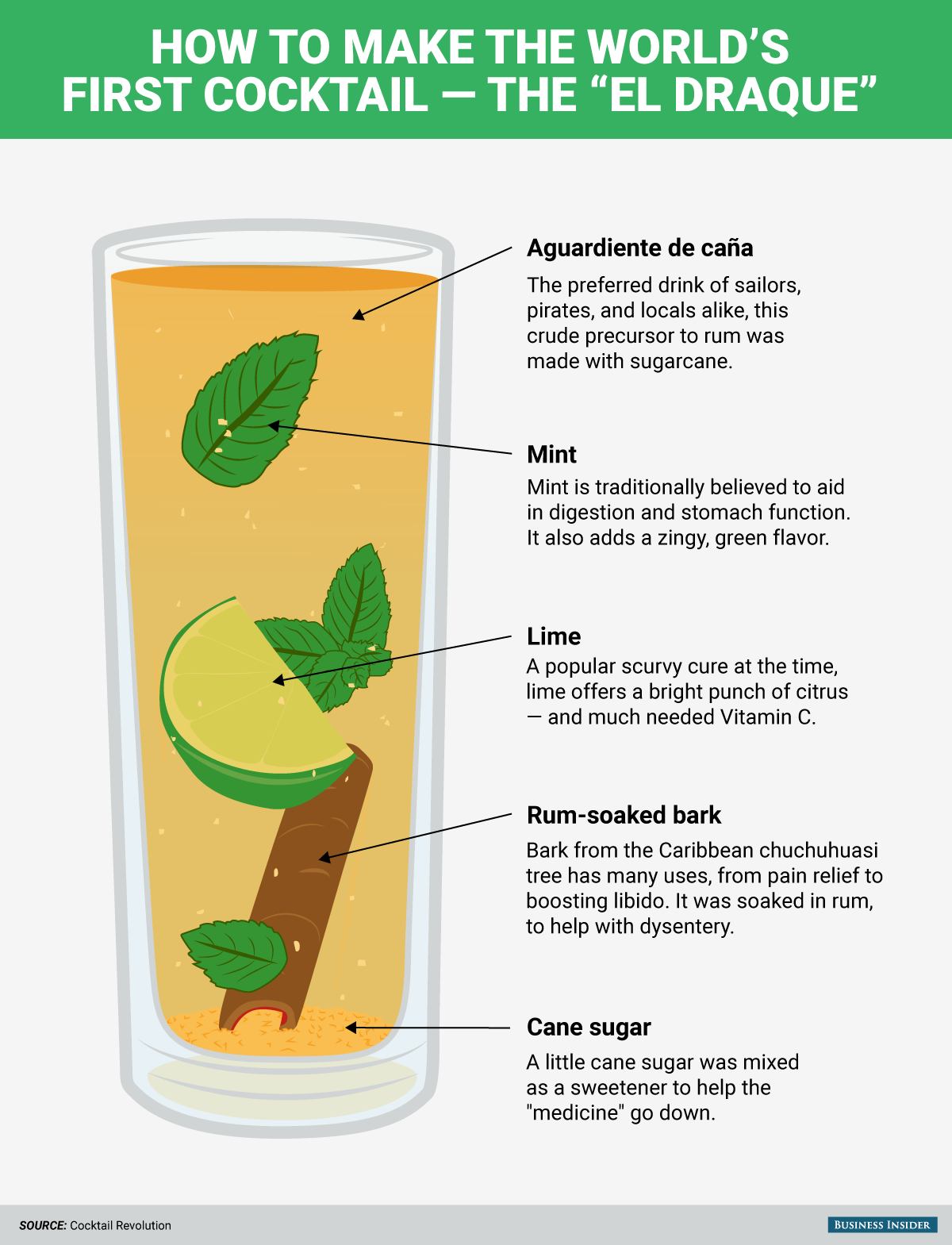 The cure to what ails you is often just a good, strong cocktail.

In fact, the first cocktail may have been crafted as medicine — not beverage — after all. Legend has it that swashbuckling sea captain Sir Francis Drake was the first true mixologist. Drake is better known as a pirate, British naval officer, and slave trader who roamed the Caribbean in the 16th century, and successfully completed the second circumnavigation of the globe.

In 1586, the story goes, Drake’s sailors came down with an untimely bout of illness, leaving his ships stranded somewhere outside Havana. In search of a fix, Drake combined a few ingredients plucked from the medical traditions of the local indigenous peoples and concocted the world’s first “cocktail.”

Those magical ingredients? Mint, lime, tree bark, rum, and cane sugar, each of which has a well-known medicinal use (well, except for the sugar).

His cocktail experiment, called “El Draque,” worked: the sailors returned to wellness and continued on to sail and plunder another day. The cure for what ailed them, indeed.

Here’s how the first cocktail was mixed: NOW WATCH: How to do that crazy cocktail-in-an-ice-cube trick