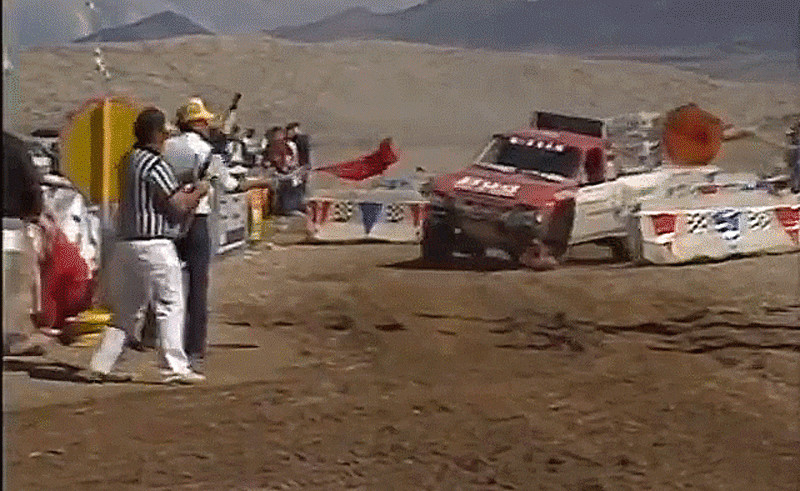 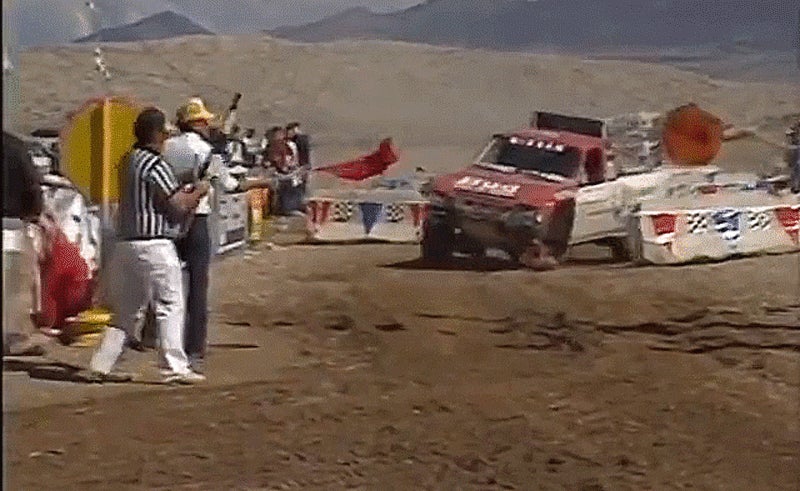 The Nissan pickup truck known as the “hardbody” would be plucky by today’s standards but it’s still respected as one of the all-time great utility vehicles to grace American roads. Performances like this ridiculous race finish helped stoke that reputation.

What you’re watching here is the final sprint for the finish in the 1987 Gold Coast 300. Nissan factory driver Roger Mears hustles hard to stay ahead of Manny Esquerra in a Ford Ranger.

Mears ended up pushing his truck a little too hard and blew his tire so hard it took the rim along for the ride. Or as the race announcer put it most eloquently; “a wheel departs the Nissan!”

That hindered Mears’ ability to move at competitive speed, but not nearly as much as you might have thought. He came screaming through the finish dragging half his front axle through the sand.

Esquerra physically crossed the finish line first but the class win went to Mears, by right around one second. Regarding his loss of a critical component, Mears simply said “we just had to go for it,” in the post-race interview.

Doesn’t get much cooler than that, sports fans.