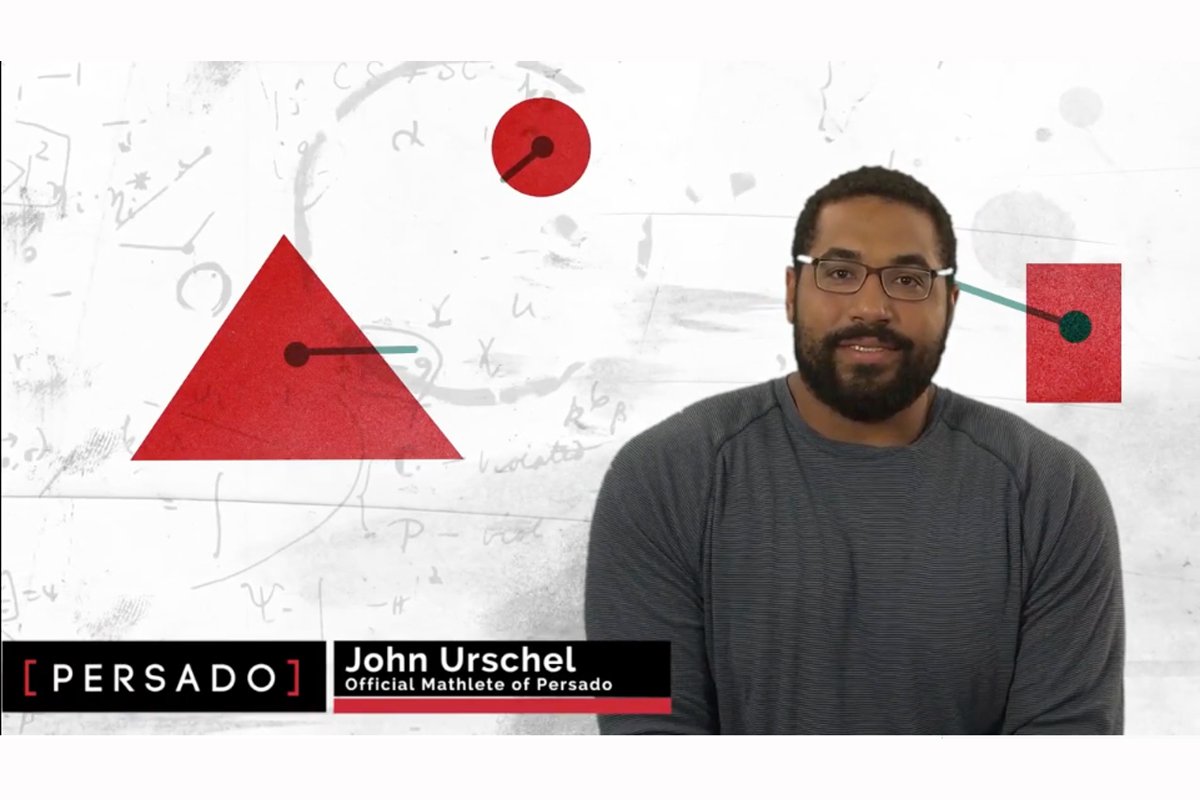 Baltimore Ravens offensive lineman John Urschel announced on Twitter this week his plan to start his Ph.D. in mathematics at the Massachusetts Institute of Technology this year.

The 24-year-old, 305-pound lineman has a well-documented aptitude for math. He earned his bachelor’s degree in three years at Penn State and spent his senior year working on a master’s degree in mathematics while being paid by Penn State to teach Integral Vector Calculus Trigonometry.

Urschel recently paired up with marketing tech company Persado to explain how math concepts are used in marketing. He starts with a relatively simple concept, explaining what an algorithm is. “At its core an algorithm is just a set of steps to try to work toward some goal to obtain some outcome,” Urschel says. “A great example is Google’s multi-armed bandit algorithm,” he continues.

The multi-armed bandit informs Google about how different ads are performing and rearranges them according to how well they do, he explains.

This may sound complicated, but an example he uses about a customer buying a pair of Nike shoes clarifies his point.

That problem is central to attribution and is central in marketing, he says.

Watch the video below to see what Urschel has to say about math and marketing.

SEE ALSO:An NFL player is starting a math PhD program at MIT in his offseason

NOW WATCH: This elementary school principal went to school on a snow day, and had the best day ever