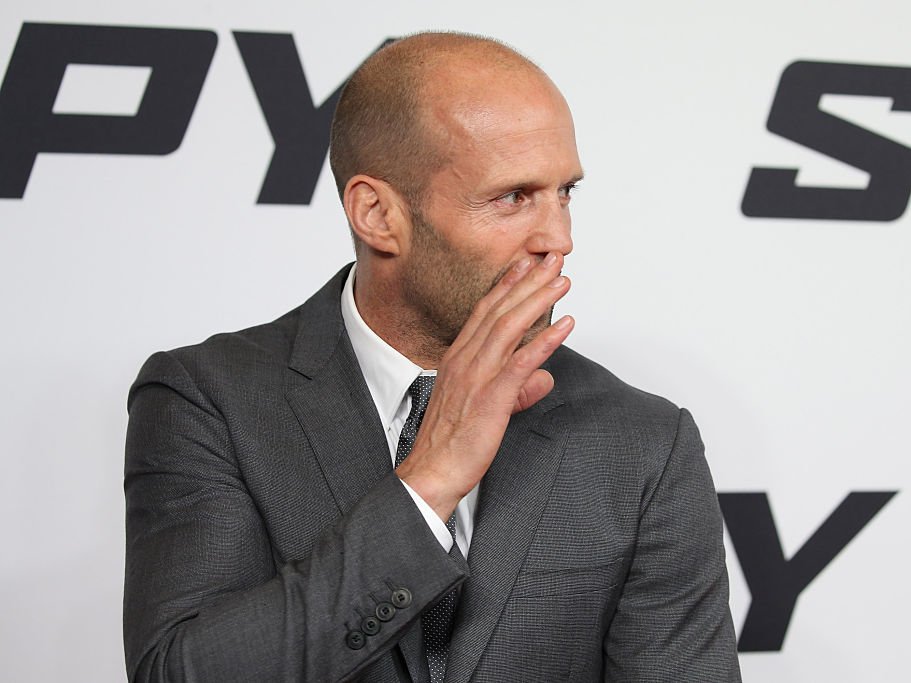 While we will always recommend shaving your head if you’re losing your hair, we’d be remiss if we did not outline some other options.

Some patterns of male hair loss can be covered in different ways, depending on where you’re losing it and how far it’s progressed.

We’ve teamed up these methods with some of their most famous practitioners. Statham has stopped short of shaving his entire head with a close-cropped buzz cut all over. This is a hyper-masculine style he carries with aplomb. It’s less severe than an all-over shave, and is a less drastic change to your lifestyle. Since Statham still has some hair on top, he can pull it off.

Getting it done is pretty simple: It’s just clippers all over, set to a low setting. According to a dermatologist quoted by Esquire, the hair above your temples is the first to fall out for most men. This provides an interesting dilemma for men whose hairline doesn’t recede evenly, providing a sharp point inches long.

Jude Law has cleverly gotten around this problem with a one-inch all-around haircut, which is tapered on the sides. This will give you enough hair on top of your head, without looking like you’re trying to hide things or cover anything up. This enables him to leave his hair a bit longer than Law, according to Art of Manliness, and it looks great parted to the side. The sides are still kept short, however. For this, the prince can get away with cutting his hair into layers that lay on top of each other, creating the illusion he has more hair than he really does.

To get this from a barber, ask him to cut it in uneven layers, which you can tousle when you style it, hiding the thinning hair.

A word of warning, however: this won’t work forever, and you’ll eventually need to shave.

If all else fails, just shave it all off.

Don’t worry: this isn’t as drastic as it sounds. Getting used to your newly bald head should be a breeze.

SEE ALSO:Here’s how you should dress when you’re losing your hair