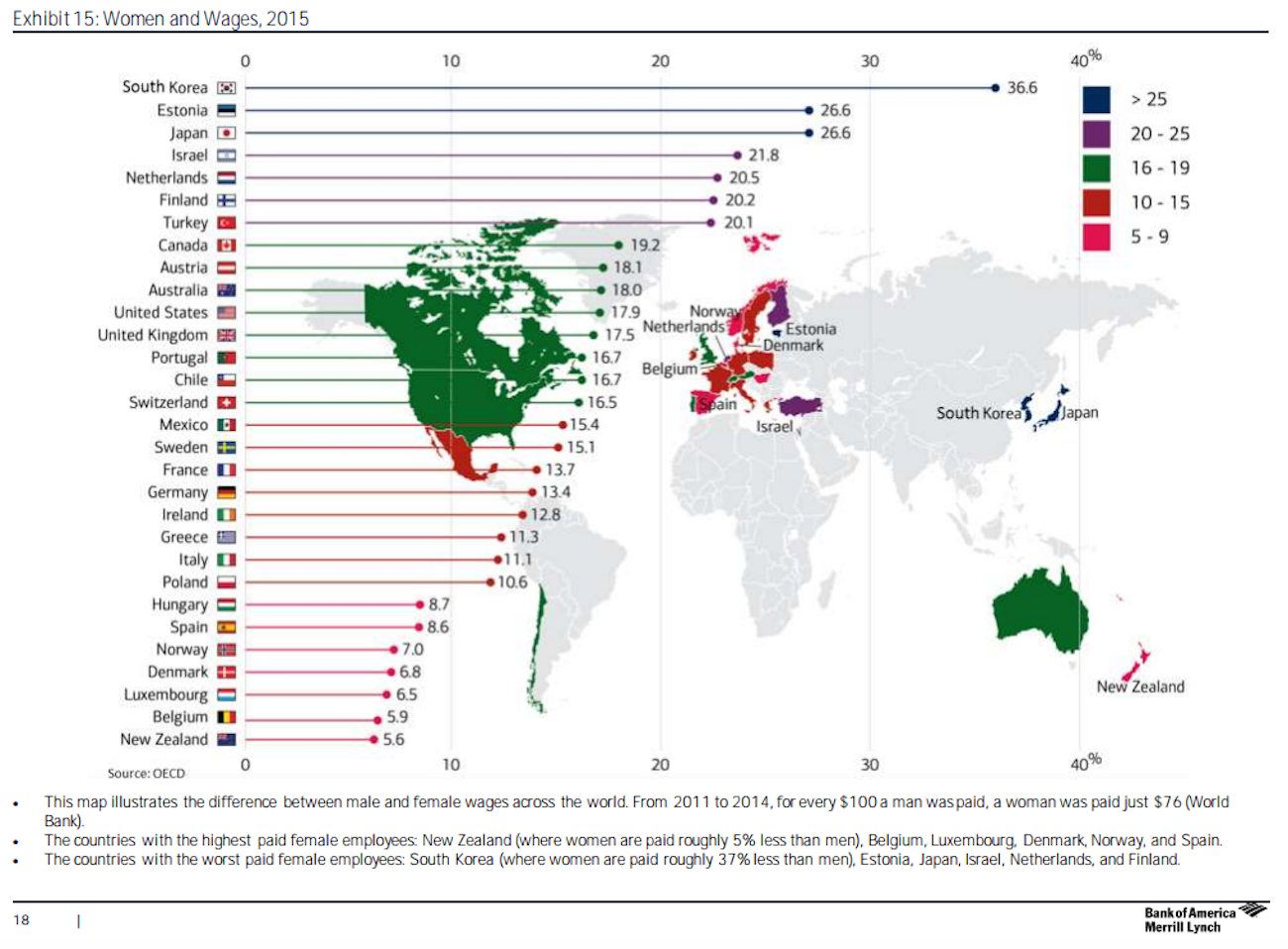 There’s no country in the world where women earn more than men.

The graphic below is from Bank of America Merrill Lynch’s latest “Transforming World Atlas” report, and it breaks down the gender income disparity around the world last year.

Even in the country with the smallest pay gap — New Zealand — women still earned 5% less than men in 2015. SEE ALSO:10 housing markets where first-time buyers have no chance

NOW WATCH: The CEO of this billion-dollar company explains why employees aren’t allowed to ask for a raise