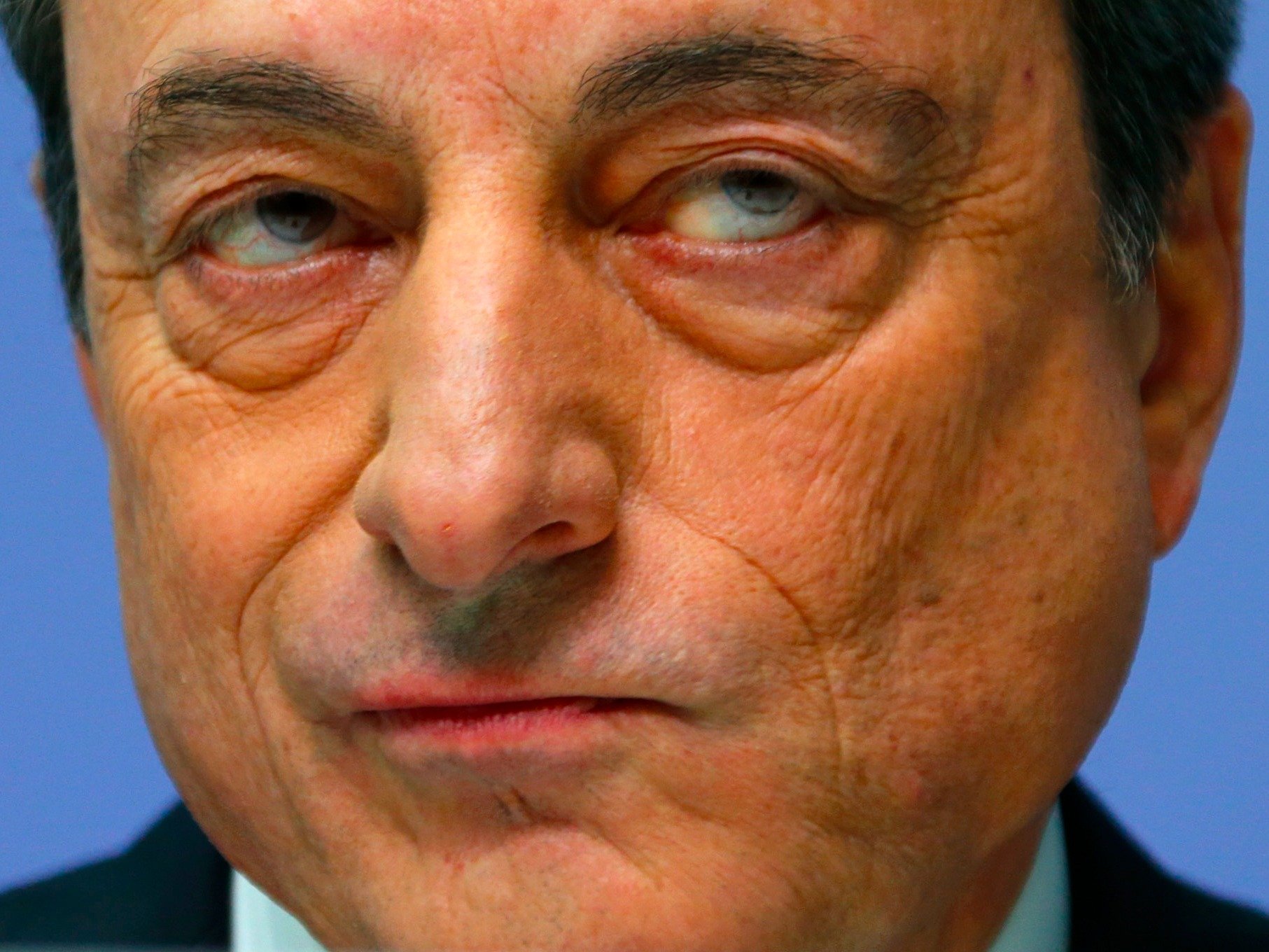 42 days ago, Mario Draghi said there were “no limits” to what the central bank will do to reach its inflation target of 2% at the ECB’s January press conference.

He hinted that the ECB had the “power, willingness, and determination” to take action in March if needs be.

Well, March is here and inflation is still far below target – falling to minus 0.2% in February, dropping back into negative territory for the first time in five months.

Most analysts think the stimulus Draghi suggested is a cut in the deposit rate, which is the rate the ECB pays banks to leave money with it overnight.

At the moment, the rate is minus 0.3%, meaning banks have to pay money to leave deposits with the ECB – something the central bank hopes will stir the big lenders to pump money into the economy, rather than keep it back and reduce their own deposit rates, forcing savers to go out and spend or invest their money.

The issue is the size of the cut – while most analysts think the ECB will go to minus 0.4%, Ben May of Oxford Economics told AFP it could go as low as minus 0.5%.

Is today’s the most challenging central bank meeting in living memory? The reason we say this is that up until now virtually all meetings have rested on will they or won’t they ease and if they do by how much? Even in a crisis central banks have generally been able to get bang for their buck by easing more than expected. However there seems to be more at stake for today’s ECB get-together.

It’s the type of easing that matters. Easing in standard post-GFC manner (i.e. further rate cuts and more QE) may not meet expectations. To beat expectations they may need to find some way of easing credit conditions for banks. However as markets have recovered in recent weeks and with the ECB reluctant to be seen to be writing a cheque to the banks it’s an incredibly difficult meeting to call for economists and strategists or get right for the ECB.

At the heart of why the ECB needs to act is their increasingly persistent miss on inflation. Even though it shouldn’t be solely their responsibility (governments should have a big role to play too), the modern era is one where central banks are the inflation guardians. In the PDF today we show European, US and UK inflation since 1999 relative to where it would have been had we seen a constant 2% number. We show this for headline and core just for interest.

Top European bankers are worried the ECB would only make things worse with a deposit rate cut. CEO of Austrian bank Erste Bank, Andreas Treichl, told the FT that “savers are risk adverse and capital markets are not very prominent” in his region, meaning “lowering interest rates is not very helpful in stimulating economic growth,” he said.

The other option for the ECB is a so-called tiered negative rate, which would charge banks depending on how much they wanted to deposit with the central bank. This is the model Japan launched earlier this year.

The tiered approach could help Draghi skirt criticism of the negative rate policy, reducing the pain for smaller banks.

Commerzbank economist Michael Schubert told AFP: “If a tiered rate system were introduced, the burden on banks would rise less strongly and the deposit rate could be cut more sharply than if the ECB stuck to a universal penalty rate.”