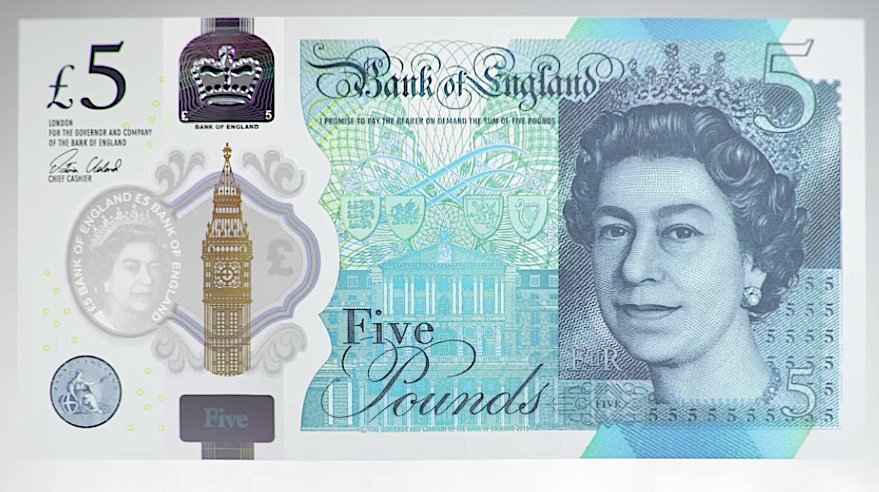 The new, polymer £5 note, which has been in circulation since September 2016.YouTube/Bank of England

Over 440 million polymer £5 notes have been printed since they were introduced last September — a combined value £2.2 billion.

Slowly, the paper £5 notes have been syphoned out of circulation. The Bank of England estimated that half of all old notes were switched for polymers by the start of 2017.

Nevertheless, many of the traditional notes remain in circulation, which begs the question, what happens to all your old fivers when they become obsolete?

On May 5th, cotton paper £5 notes will lose their status as legal tender, so you won’t be able to use them in shops, restaurants or anywhere for that matter.

Don’t worry, though, the Bank of England website states that the notes will retain their face value for ‘all time’, meaning you can exchange your old notes for new ones at the Bank of England in London (by post or in person), if your bank or post office refuses to do it themselves.

According to The Sun, shops are being advised not give customers old £5 notes, however, if you are given one it’s best to ask for it to swapped for a new one.

Once out of circulation, the Bank of England is recycling the paper notes using a composting treatment.