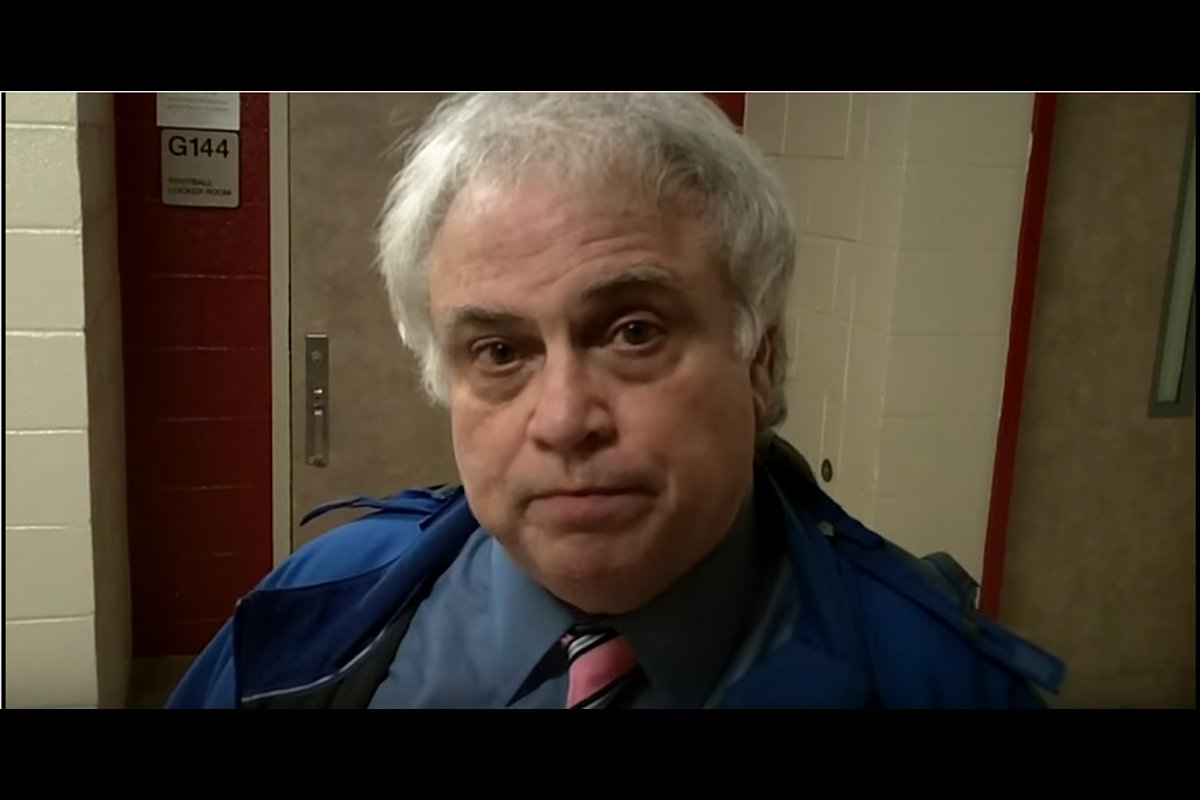 ‘No matter what, this will be a historic season’: Yale celebrates triumph in NCAA Tournament after weeks of tension

The high-school coach of former Yale men’s basketball captain Jack Montague publicly expressed his support for his former player and lashed out against the university, which he accused of conducting a “witch hunt.”

Montague was expelled from Yale in February in connection with a sexual-misconduct accusation, sources have told Business Insider.

Dennis King, who coached at Brentwood High School in Tennessee for 28 years, wrote a letter to the editor in brentwoodhomepage.com.

In the letter, he compared Montague’s situation to that of Giles Corey, the man accused of witchcraft during the late-1600s Salem witch trials.

“Expelled Yale basketball captain Jack Montague is a modern day Giles Corey,” he wrote. “He’s the victim of a Title IX witch-hunt, where his dreams, reputation and future employment are being ‘pressed’ out of him with the same cowardly, irrational piety shown by those Puritan zealots of an earlier New England,” he continued.

King, who coached Montague for all four years he attended Brentwood High, described him as tirelessly committed to self-improvement and improvement of his teammates. He also suggested that Montague’s name would eventually be cleared. REUTERS/USA Today SportsJack Montague seen during the first half of Yale’s first-round game at the NCAA Tournament at Dunkin’ Donuts Center.

“I believe that due process will eventually clear Jack’s name, that he will be granted his hard-earned diploma, and that he will move on to share his considerable gifts with the world,” King wrote. “But I’m not sure how he will ever be compensated for the emptiness and infinite heartache of being torn from his teammates during their once-in-a-lifetime quest.”

Montague’s expulsion has been a major storyline in the lead-up to and during the NCAA Tournament, as Yale last week advanced to the tournament’s second round for the first time in the program’s history. The team was eliminated in a 71-64 loss to Duke on Saturday.

King’s words echoed similar criticisms by others close to Montague of Yale’s University-Wide Committee, the office that investigates sexual-assault claims.

“Those that were close to the situation are frustrated with our school, because we witnessed how the UWC policies go against established law and strip an accused student of due process and any form of proper defense one might receive in a real court,” Blake Thomson, a senior at Yale, told the Yale Daily News. Further, some experts in matters of sexual-assault accusations on college campuses say “sufficient evidence” in these types of cases could have a variety of meanings.

But a spokesman for Yale told Business Insider the university stood behind its processes for investigating alleged incidents of sexual misconduct, which includes sexual assault and rape, but also offenses like harrassment and stalking.

“Yale’s procedures for addressing allegations of sexual misconduct are thorough and fair — the allegations are investigated by an impartial fact finder, heard by five trained members of the Yale community, and decided by the accused student’s dean,” the spokesman, Tom Conroy, said.

He continued: “Only about one out of 10 cases ends in expulsion, and the decision to expel a student is made only after the most careful consideration, based on the facts and, when appropriate, disciplinary history.”