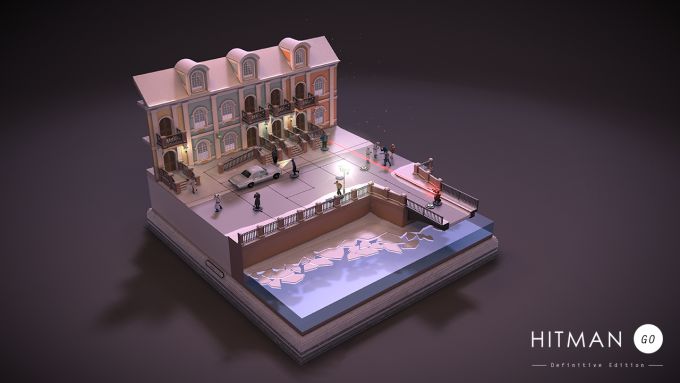 Hitman GO has been somewhat of a wonderful hit on the mobile platform. It won a bunch of recognition from critics and each platform’s application marketplace, and it’s managed to keep itself pretty high on sales charts.

Well, Square Enix must have liked what it’s done on mobile, because the game is now going (get it?) to some more traditional platforms. Square Enix announced that Hitman GO: Definitive Edition will launch on the PC, PlayStation 4 and PS Vita on February 23, 2016.

What’s definitive about it? The game features a touch more content and some revamped visuals.

The PlayStation version sports cross-buy and cross-save functionality, so nabbing it on either the PS4 or PS Vita gets you two copies and the ability to play both on the TV and on the go with the same save.