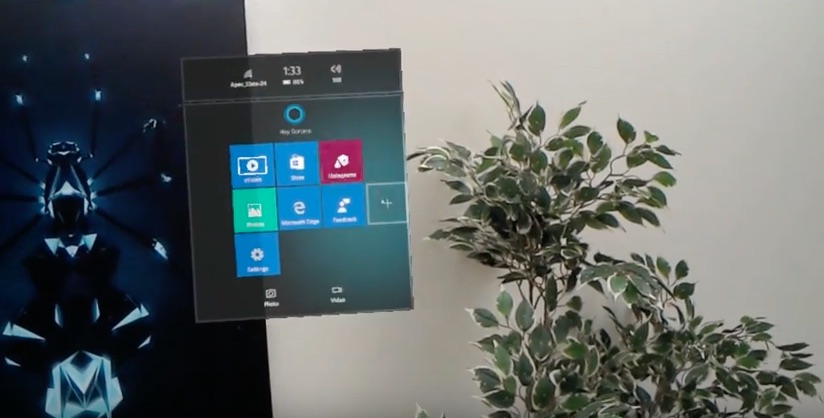 The HoloLens represents an entirely new type of computer interface unlike anything you’ve used before. This is Microsoft, though, so we’ll still get a Start Menu even in augmented reality.

The updated Start Menu was recently revealed in a short promotional video for Actiongram, an upcoming HoloLens app. The video, which was spotted by Twitter used @h0x0d, opens on the start menu before diving into a tutorial for the new software.

The HoloLens Start Menu actually looks a lot like it does on Windows 10. The semi-transparent image hovers in the air in front of you, offering a few large Live tiles along with access to Cortana and quick access to the device’s camera. From there you can also pull up a full list of HoloLens apps available on your device.

The new menu is definitely designed to look familiar, making it easy for new users to dive right in. It’s also likely the design will change in the future as Microsoft develops more HoloLens features and expand what the new technology is capable of.