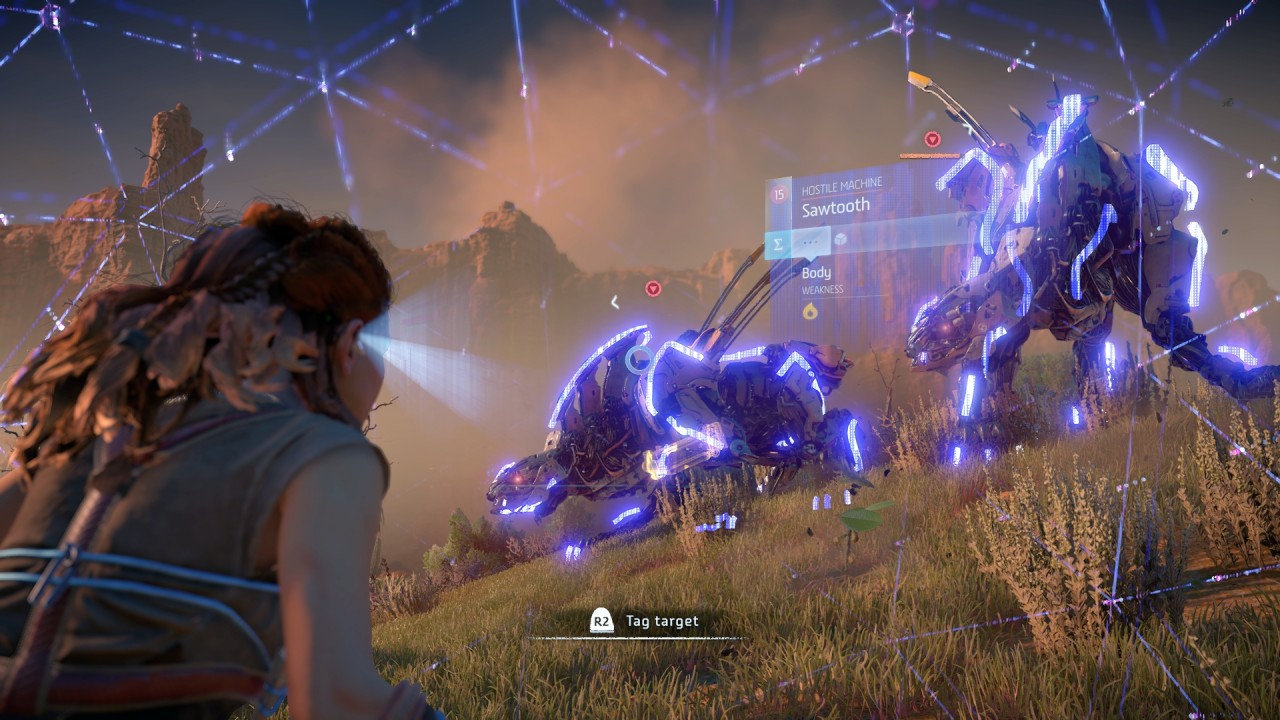 A massive video game is scheduled for release next year! It takes place in an open-world setting, one where civilization is scarce and lawlessness rules the land. Of course, I’m referring to Horizon Zero Dawn, Guerilla Game’s open world RPG.

What did you think I was talking about?

The timing of these screenshots coincides with the recent reveal of Red Dead Redemption 2. I don’t want you all to forget about Horizon Zero Dawn because it looks like a fascinating game, and I’m pretty sure Guerilla Games doesn’t want you to forget either.

This was the biggest open world action game release of 2017 up until about 24 hours ago. Now, it’s the runner-up. I don’t see Red Dead Redemption 2 sporting robot dinosaurs yet, though.